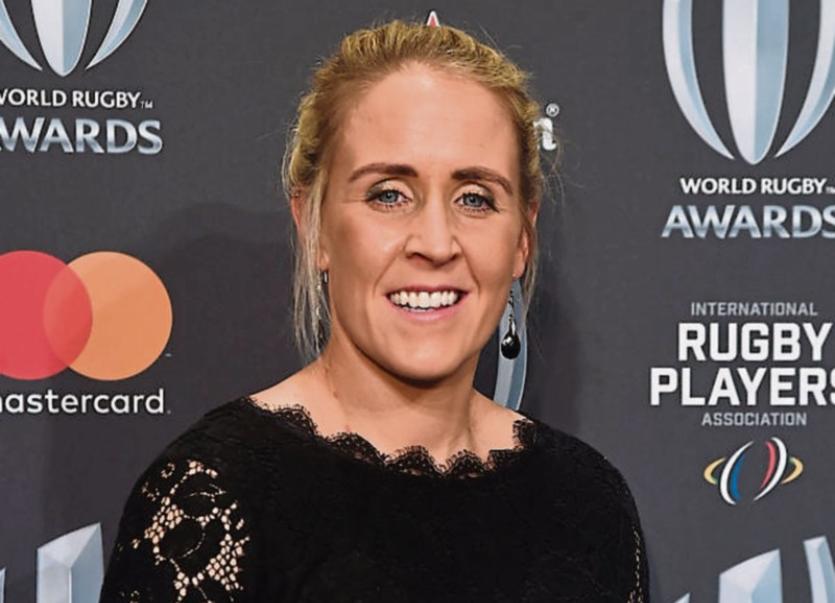 PRESIDENT of Ireland Michael D Higgins has praised Limerick’s Joy Neville following her confirmation as the best rugby referee in the world.

Praising Joy for her hard work in reaching the top level of the game as a player and referee, President Michael D Higgins said: "May I congratulate Joy Neville on receiving the World Rugby Referee of the Year award. It is a fitting and well-deserved tribute to her achievements, as well as her dedication, ability and importance as a role model for our young citizens."

The prestigious World Rugby Awards took place in Monte Carlo on Sunday night and the rugby family celebrated some outstanding achievers, including Limerick's Joy, in the presence of Prince Albert and Princess Charlene of Monaco and greats of the game, both past and present.

A veteran of 70 Tests as a player, former Ireland number 8 and captain, Neville is now creating history in the world of refereeing in a year that has seen her take charge of the Women's Rugby World Cup final in August and referee her first men's international in Rugby Europe's Conference 2 North in October.

This month she is acting as assistant referee for three men's matches, having recently signed a professional contract with the IRFU. The 2013 Grand Slam winner follows in the footsteps of her Spanish refereeing colleague Alhambra Nievas who was a joint winner of the coveted World Rugby award last year with South Africa's Rasta Rasivhenge.

Speaking after collecting her award from former Austrailian scrum half George Gregan, Neville said: "It's amazing. I retired from playing in 2013 after we won the Grand Slam and to think that I'm stood here after refereeing the Women's World Cup final, I've a lot of people to thank for that and a lot of organisations.

"But it's mostly down to my beautiful wife Simona, who is down there, and my family. I'm completely honoured to be here to receive this award tonight. Thank you to everybody who has supported me throughout this journey."

She added: "It's all about knocking those hurdles down, isn't it? It's all about breaking the barriers and creating opportunities for other females or males to come through. I thoroughly enjoy a challenge and once you're enjoying what you're doing, keep at it. And I'm really enjoying what I'm doing right night."

Neville broke more new ground as an assistant referee for the men's international between France and Japan in Nanterre on Saturday night. Asked about her next goals as a referee, she highlighted her ambition to referee in the GUINNESS PRO14 and to officiate in the Six Nations Championship.

Congratulations to our former @LITSports Rugby Development Officer @JoyNevilleRef who has been named @WorldRugby Referee of the Year 2017! A fantastic achievement. Very proud of you Joy! #MakeitLIT pic.twitter.com/9eOGlyDxzH