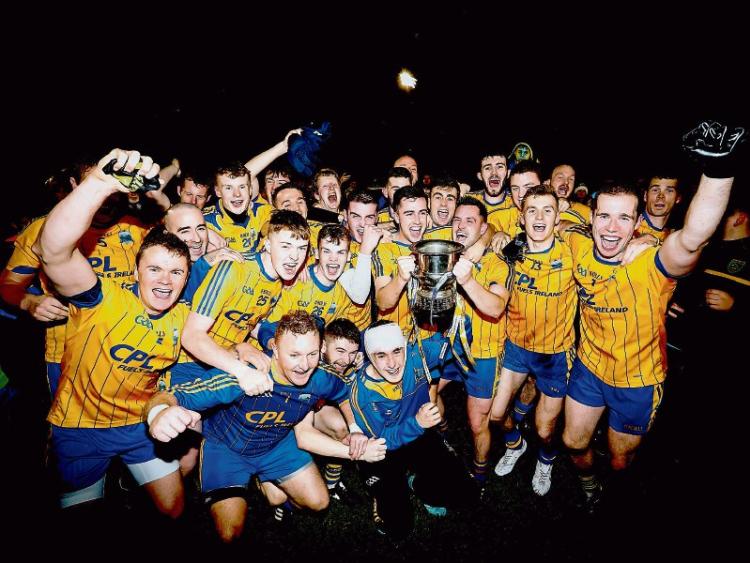 The men from Foynes-Shanagolden-Robertstown lost that provincial decider 2-19 to 0-7 to Ilen Rovers of Cork.

Both the men from the Shannon estuary and West Kerry suffered relegation in the following years until they bounced back this season with respective county IFC title win.

A return to senior secured both St Senans and An Gaeltacht are now back on the Munster championship trail.

All roads lead to Tralee this Sunday (2.00) with the Munster IFC title and the Risteard O’Cuimìn Cup on offer in Austin Stack Park. And, a January 20/21 All Ireland semi final against Sean Cavanagh’s Moy (Tyrone) or Rostrevor (Down).

St Senans ended their five year stay in the intermediate ranks with a county final win over Galbally.

Back in 2003, Conor Mullane, Darren Kavanagh, Ger Hanlon and Andrew Lane were key men and all remain in situ for Sunday’s decider.

Others like captain Ian Ryan, Ray Flaherty, David Finnerty, Anthony Russell are also experienced footballers, while youth comes in the form of James Bridgeman, James Naughton, Seamus McSweeney and Richard Hayes for the men in blue and gold.

The joint-manager is full back Marc O’Se. Among the selectors is Dara O’Cinneide.

They have five time All Ireland SFC winner Marc O’Se at full back and Paidi O’Se’s son Padraig at centre back. Current Kerry senior panelist Brian O’Beaglaoich is wing back with another inter-county man Cathal O’Luing at corner back. O’Luing is a teacher in Gaelcholaiste Luimnigh. In attack Eanna O’Conchuir is a key player.