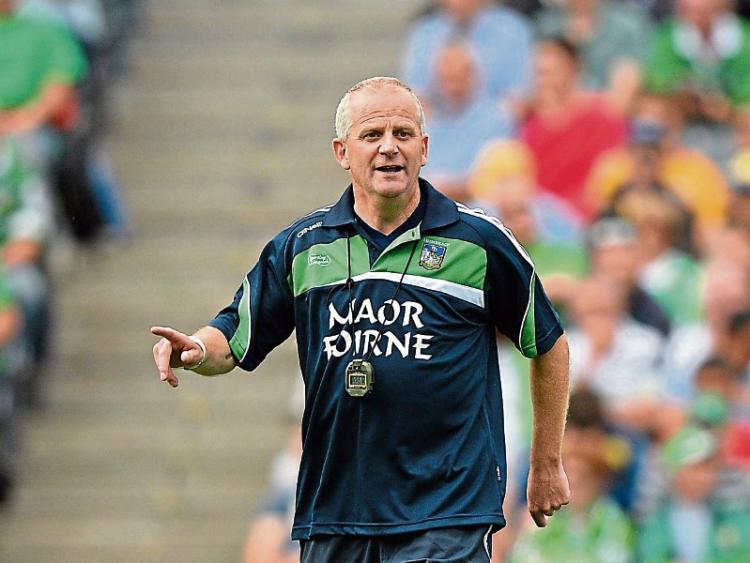 JERRY Wallace has returned to the Limerick hurling ranks.

Wallace originally joined in September 2012 and oversaw the development of all Limerick hurling teams from U-14 to minor.

He was coach to the Brian Ryan managed Limerick side that lost to Kilkenny in the 2014 All Ireland MHC final in Croke Park and that won back-to-back Munster MHC titles in 2013 and 2014.

Anthony Daly replaced Wallace and remained for three years until his departure in August.

Now Limerick are putting plans in place for 2018.

At the helm of the Academy will be Wallace, John Mulqueen, Darragh Droog, Liam Hayes and representatives of Limerick Coaching and Games and County Bord na nOg.

Droog will be Head of Athletic Performance, while 2017 minor manager Mulqueen will also have a role within the academy to oversee all inter-county hurling teams from U-14 to U-17.

It is understood that Jerry Wallace will also have an input into the 2018 Limerick minor hurling set-up.

At this Tuesday’s November County Board meeting Claughaun’s Antoin Power was ratified as the new minor manager. John Meskell and Alan Browne will be the selectors – the trio worked together this year with the Limerick U-16s.

Adare’s Niall Crowley is to be the new Limerick minor football manager. His role is likely to be confirmed at Annual Convention when his full management team is in place.