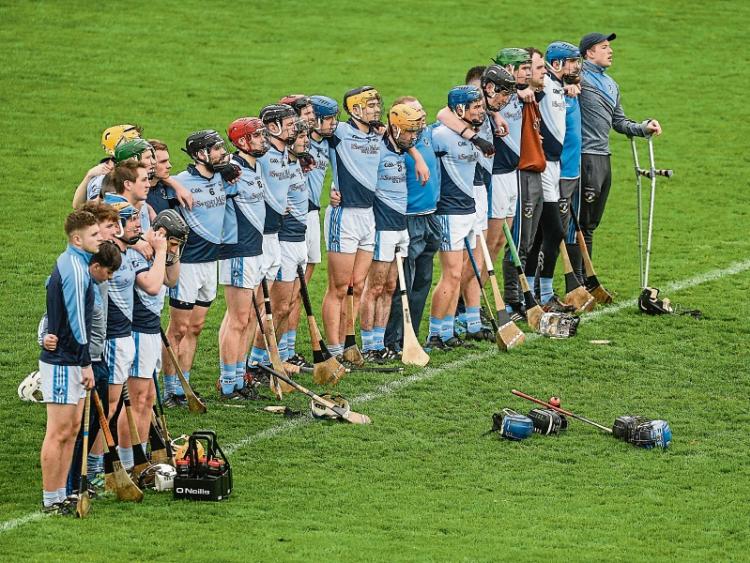 NA Piarsaigh cemented their position as one of the great club hurling teams with a fourth Munster club SHC title in seven years this Sunday.

The Caherdavin GAA club were 3-15 to 2-10 winners over Ballygunner in a repeat of their 2015 final victory.

The provincial final win moves Na Piarsaigh into a February All Ireland semi final with Derry and Ulster champions Slaughtneil.

A fourth Munster title leaves Na Piarsaigh second in the provincial roll of honour – just one off Corks’ Blackrock who have five.

It was tough, tight opening half after which the Waterford side left 1-4 to 0-6 with the final three points of the half keeping the Limerick champions very much in this contest.

Adrian Breen opened the scoring after 26-seconds but the Waterford champions were soon on top.

Thomas Grimes had the second Na Piarsaigh score in the fifth minute and then the Caherdavin men were not to score again for 14-minutes.

Ballygunner hit the front in the 10th minute when Conor Power profited after a Jerome Boylan slip provided an opening for a goal.

A second point for David O’Sullivan edged Ballygunner four points clear again but a lineball from Lynch cut the lead back to just the goal with just under five minutes to the break.

Peter Casey and Adrian Breen then swept over quick-fire points to leave it Ballygunner 1-4 Na Piarsaigh 0-6 at the break after a half in which the Limerick side hit six wides and The Decies side five wides.

But it was Ballygunner that hit the ground running with Pauric Mahony, Peter Hogan and Billy O’Keeffe points inside three minutes to move 1-7 to 0-6 ahead.

But in a frantic opening to the half Na Piarsiagh were soon ahead for the first time since the early minutes.

Peter Casey first pointed and then came a goal.

Adrian Breen forced the opportunity and Kevin Downes soloed forward with menace before passing to David Breen and he made no mistake from close range to level the game for the third time at 1-7 each.

Points from Adrian Breen and Kevin Downes made it four scores in a row for the Limerick city side and they were now two points clear with the final entering the final 15-minutes.

Na Piarsaigh were clearly a different side to that of the first side and were now winning 50-50 battles.

A fourth point from play from Adrian Breen left it 1-11 to 1-8 with seven minutes to play.

A second line ball from Lynch had the lead out to four but the response was instant with a third of the day from O’Keeffe.

A second for Downes hit back and the men in blue brought a four point lead into the final four minutes.

Then came the Ballygunner goal from Peter Hogan in a frantic finish and that left it 1-13 to 2-9.

Within a minute that goal was cancelled out with an Adrian Breen goal after a goalmouth scramble. David Breen knocked down into the goalmouth and Breen got the final touch ahead of Conor Boylan and the Blues were now 2-13 to 2-10 ahead in the final minute.

The icing was put on the win with late Adrian Breen and Peter Casey points.

But not all was done. In injury time David Breen rattled home his second outstanding goal to ensure an eight point winning margin.