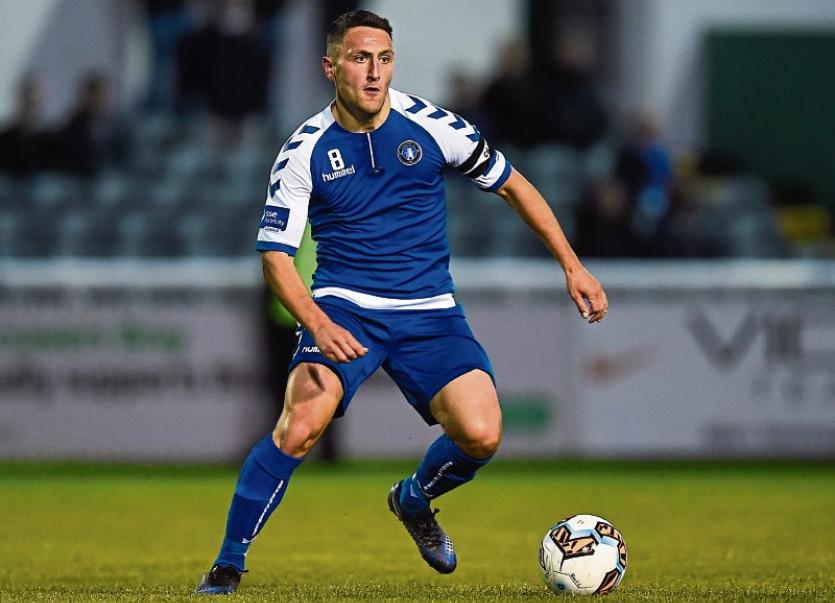 LIMERICK FC have announced that captain Shane Duggan has signed a new deal which will keep him at the club in 2018, his fifth season with the Blues.

Limerick manager Neil McDonald says skipper Duggan is an ‘integral part of what we are trying to build’ at the club.

Twenty eight-year-old hometown midfielder Duggan has made over 100 league appearances for the Shannonsiders since joining in October 2013, missing just three games last season as he helped the club to preserve their Premier Division status.

The Norwood Park native – whose father Ger was a key member of the club’s League & Cup-winning team of the early 1980s – has settled back in his native city, having previously spent time in England before a long spell at Cork City.

Having led Limerick back to the top flight by captaining them to the First Division title in 2016, the club have loftier ambitions for the future, and Duggan can be a vital part of realising those, according to manager McDonald.

Neil McDonald said: “I’m delighted that Shane has committed to the football club. He is our captain and he is an integral part of what we are trying to build.

“We have a younger and more athletic group of players now, and I want Duggy to be dynamic in that and lead the team to the place we aspire to be. He is very important for us and we want to see him drive the players on.

“I am chuffed that he has signed a new contract and committed to Limerick.”