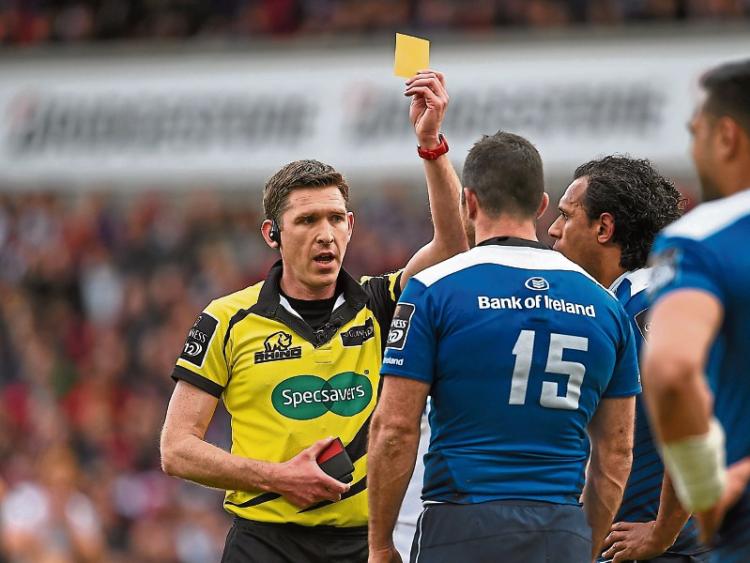 INTERNATIONAL rugby referee George Clancy will be on duty in Twickenham this Saturday forcing him to miss out on his GAA club’s county junior b hurling final replay.

The Limerick man is assistant referee for the Autumn International between England against Australia in London. That rugby international is live on Sky Sports and has a 3pm kick-off.

Almost 600km away at the exact same time, Bruff and Mungret throw-in for their replay in the Limerick JBHC final in Ballyagran.

Last Sunday at noon, Clancy was among the substitutes for the Bruff hurlers as they battled back with two injury time points to securea last gasp draw with Mungret.

Clancy didn’t feature but was part of their matchday squad. Less than 24-hours earlier, he had been assistant referee in Murrayfield as Scotland played Samoa.

The Limerick native is a member of Bruff RFC and began refereeing with the Munster Association of Referees in 2000. He was appointed to the Irish National Panel in 2003 and refereed his first professional game, Borders v Dragons, in October 2004.

Quickly moving through the ranks, he made his debut in the European Cup in January 2005 (Bourgoin v Bath) and after appearing at the 2005 & 2006 Junior World Cups, made his International debut with a World Cup qualifier game in Montevideo between Uruguay and USA.

He has since gone on to referee in the Six Nations, the Rugby Championship and at the Rugby World Cup in 2011 and 2015.

Just last month, Clancy was among seven referees that took up professional contracts with the IRFU.