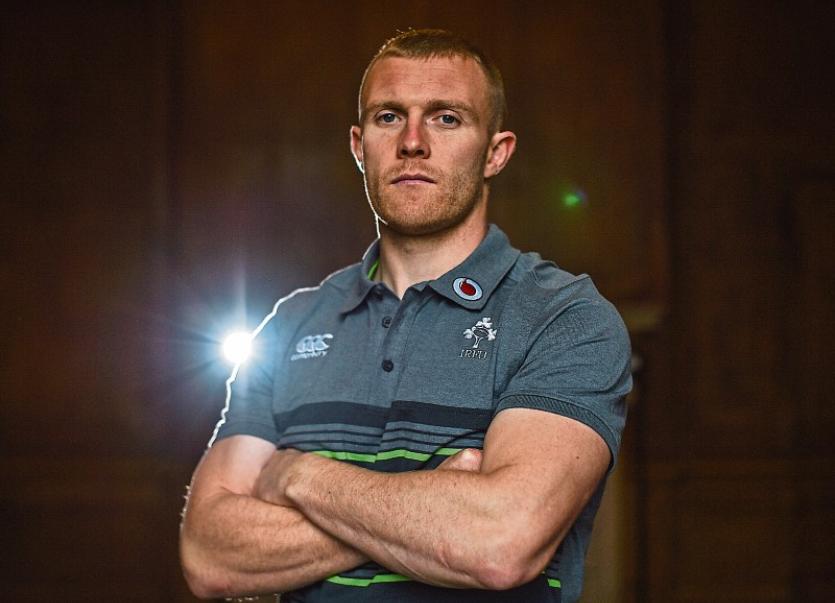 KEITH EARLS has returned to Munster where he will rehab his hamstring injury set to keep him out of the remaining two autumn internationals with Fiji and Argentina.

Thirty-year-old Earls has been in terrific form for Ireland, scoring nine tries in his last 10 appearances, including four during an outstanding summer tour of the USA and Japan.

The IRFU confirmed on Monday that Earls has returned to Munster this week to rehab the injury.

It has also been confirmed that John Ryan, who presented with a calf injury following Saturdays victory over the Springboks, will also rehab in Munster this week.

Flanker Peter O'Mahony received a number of stitches to his ear following the record win for Ireland.

Jordi Murphy and Sean Reidy have joined the squad following injuries to Munster’s Tommy O'Donnell and Leinster’s Dan Leavy which ruled them out of selection this week.

Ireland's next game in the Guinness Series at the Aviva Stadium on Saturday against Fiji is now also a 51,000 sell-out.