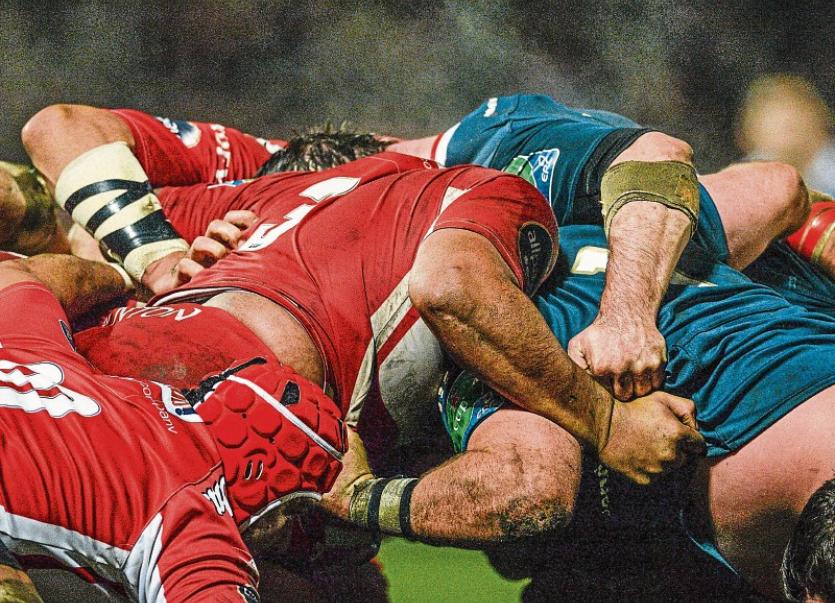 LEADERS Shannon suffered their first defeat of the Ulster Bank League Division 1B season after falling to a 21-18 loss to Naas RFC at Forenaughts on Saturday.

Shannon’s lead at the top of the 1B table is down to three points over second-placed Ballynahinch after the Parish side lost their first league fixture in seven.

There was also disappointment for ninth-placed UL-Bohemian who suffered a 13-7 reverse at the hands of Old Wesley, their sixth loss in seven AIL fixtures this season.

Shannon trailed Johne Murphy’s Naas side 15-8 at half-time in Co Kildare. The sides remained level 18-18 with four minutes remaining when the home side struck for a match-winning penalty goal.

Meanwhile, Munster Senior Cup semi-finalists UL-Bohs sit just four points ahead of bottom-placed Dolphin after the Red, Red Robins had to make-do with a losing bonus point from their six-point loss to Wesley on the UL 4G rugby pitch.

UL-Bohs were left with a mountain to climb after falling 13-0 in arrears at half-time. The home side put in a much improved display after the break, but their only reward was a try from Daragh Frawley which was converted by Robbie Bourke.

UL-Bohs sit just four points ahead of bottom-placed Dolphin who they face in a crucial relegation clash at Musgrave Park on Saturday, November 25.