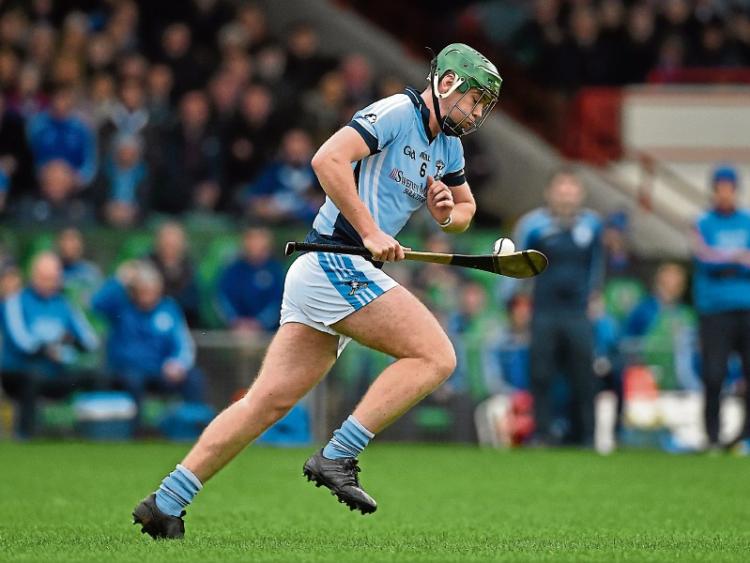 Consistency is a vital ingredient in the development of a great team and once again Na Piarsaigh produced a display that Cork champions Blackrock were unable to match last Sunday.

From a learning point of view I am not sure if Na Piarsaigh found any wisdom in this game because in reality they were so far ahead of Blackrock.

With just fifteen minutes gone in the game, it was over as a contest. Na Piarsaigh scored three points in the opening three minutes and by the opening quarter they were ahead 2- 9 to 0-4. It was an impressive start and once Peter Casey and David Breen got those goals Blackrock were never gong to cut the margin.

From a team point of view Na Piarsaigh were crisp in their application and they allowed the ball do the work. They moved it fast and once it got into the forward area Blackrock defenders were always off the pace. Ronan Lynch was in sparkling form for Na Piarsaigh and finished the game with fifteen points to his credit. The majority were from frees but he also contributed from play and I get the sense he is now really enjoying his hurling.

Blackrock came into the game as beaten finalists in Cork and their body language suggested same from the early stages of the game. The start that Na Piarsaigh had didn’t give them any chance of settling and they never came to terms with it.

Over the years Blackrock have produced some great players and teams particularly at underage level but making the major breakthrough at senior level is proving difficult for them.

On the other hand Na Piarsaigh have dominated the Munster club. They have a most admirable record and while they will be severely tested by Waterford champions Ballygunner in the final on November 19, I think it will take a huge performance from the Waterford champions to beat them.

I saw Ballygunner two weeks ago and I would say they are a fair bit ahead of where they were two years ago when Na Piarsaigh beat them.

Last Sunday was their 8th Sunday in a row playing big games and it shows the character that team has. Winning by a single point against favourites Thurles Sarsfields and by the same tight margin against Sixmilebridge last Sunday.

Shane O’Neill the Na Piarsaigh manager said after last Sundays game that his side fell asleep after scoring the two goals but in their defence it was hard to blame them because Blackrock had cashed in their chips. The ‘Rockies’ only scored four points in the second half and I was surprised by the lack of fight in them.

Ballygunner will certainly not be lacking in the final. They will have a well deserved rest and I would expect the final to be very close. In essence Na Piarsaigh have not really been tested either in Limerick or Munster so far but while that might be a problem for other teams I don’t think it will effect an experienced outfit like Na Piarsaigh.

Balance is a vital part of winning club titles and in this regard Na Piarsaigh have good players in every line.

What is also noticeable is that they are playing now with more patience and that comes with winning. They are making better decisions and using the ball much better.

In saying that some of their players still have room for improvement and some will need to work a bit harder if they are to follow the same road as they travelled in 2015.

The biggest asset Na Piarsaigh has is in their forward line. Players like Adrian and David Breen are showing great leadership and when you add in Peter Casey, David Dempsey, Kevin Downes and young Conor Boylan it easy to see that on any given day it will take a good team to beat them.

It’s a while now since I wrote that Limerick will David Breen when he called it a day at inter county level. He hasn't been replaced and I hold the view that he was undervalued by a number of management teams. Peter Casey is hurling well and once more he showed what he could do. For sure he will get more attention from better teams but his ability to cause real damage in a short space of time makes him a serious threat to any defender.

From a club and Limerick point of view, Na Piarsaigh have a most impressive record in the club championship. Last Sundays win was their 10th unbeaten win in the Munster Club and by any standards that is an outstanding achievement. Much of the credit for the foundation of this success comes from the work Na Piarsaigh have done at underage level.

That work has delivered a great base of players but the club will have to be mindful that this work has to be continued. Many clubs have enjoyed great success but in doing so they took their focus of what made them great.

The Munster final will be played in Thurles. This venue will suit Na Piarsaigh and its open spaces will bring opportunities for them. If Na Piarsaigh land another Munster title they could be on course for a meeting with Cuala of Dublin the current All Ireland champions in the final. They would face the Ulster champions in the semi final.

This is a golden time for the Na Piarsaigh club. It won’t always be that way and this group have a focus to make their own history. They have the experience and craft to go all the way this year and the age profile will see them contenders for the next few years. An extended run by Na Piarsaigh while very welcome, could mean that Limerick will be without a number of players for the early start of the National League.

The Munster final between Na Piarsaigh and Ballygunner looks like a cracking game. It’s a game that will hang in the balance right to the end but when all is done I feel it will be Na Piarsaigh that will add to the growing collection of titles.

Kilmallock and St Patricks will battle once again this Friday evening when they replay the Junior hurling final.

This will be their third meeting but St Patricks will have to recover from their heavy beating by Ardmore of Waterford last Sunday.

The gap between the teams was substantial as St Patricks struggled to live with hurling quality from Ardmore.

It will be difficult for them to raise their game after a few weeks on the road but they have proved to be a very hard team to beat in the Limerick championship.

Kilmallock will have had time to adjust from the replay and extra time and that might give them a bit of an edge. One thing is for sure whoever comes out on top will have earned the crown of junior champions.

Winning silverware is nothing new to Kilmallock but for St Patricks a win would help them continue the hard work they have been doing for many years. Winning will aid them in developing the club further but it will take a big performance from them to see off Kilmallock.