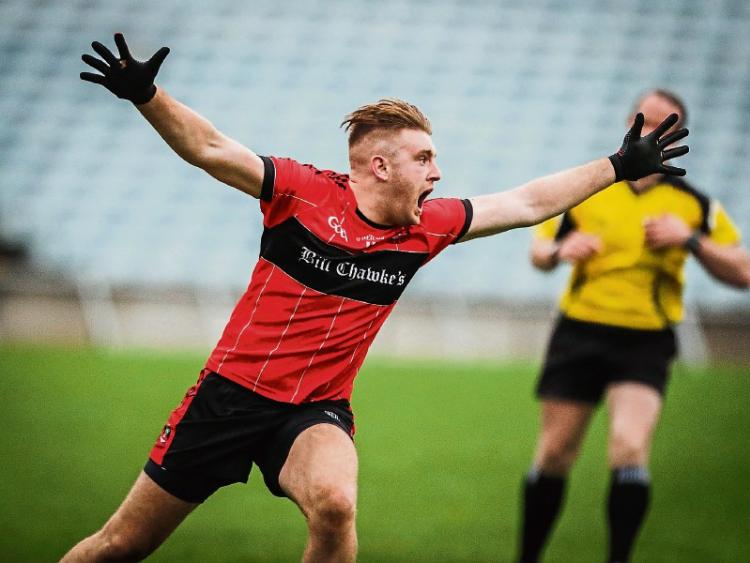 ADARE bid to defy the odds yet again when they venture into the Munster club senior football championship on Sunday.

Limerick’s surprise county champions are 15/2 outsiders in their provincial semi final against Cork kingpins Nemo Rangers, who are the hottest of 1/14 favourites to reach the November 26 final.

The Munster semi final has a 2.45pm start in Mallow on Sunday.

Adare were underdogs in both their Limerick SFC semi final and final but their young side turned in sparkling displays to win the title for the first time.

There is also Munster championship action for St Senans on Sunday in Newcastle West at 2.00.

The Foynes-Shanagolden club play Clare’s Kilmihil in the Munster club IFC semi final. The other semi final is between Cork’s Mallow and An Ghaeltacht (Kerry).

The three remaining adult Limerick GAA county finals are down for decision this weekend.

On Saturday (3.00) Ballybrown and Castletown-Ballyagran meet in the County Junior Football Final in Adare.

On Sunday there are two junior finals.

At noon in Ballyagran, Mungret and Bruff meet in the County Junior B Hurling Final. This is a repeat of the 2012 final, which the south Limerick side won by a goal.

In Bruff at 3.00 it is the third installment of St Patricks and Kilmallock in the County Junior A Hurling Final. This second replay was delayed as St Patricks represented Limerick in the Munster club JAHC last Sunday. They lost by 22-points to Waterford’s Ardmore but the Rhebogue side were missing some key players. Captain Brendan Mullins was sent off in the game and faces an anxious wait for the referees report to determine if he will be eligible to play against Kilmallock.