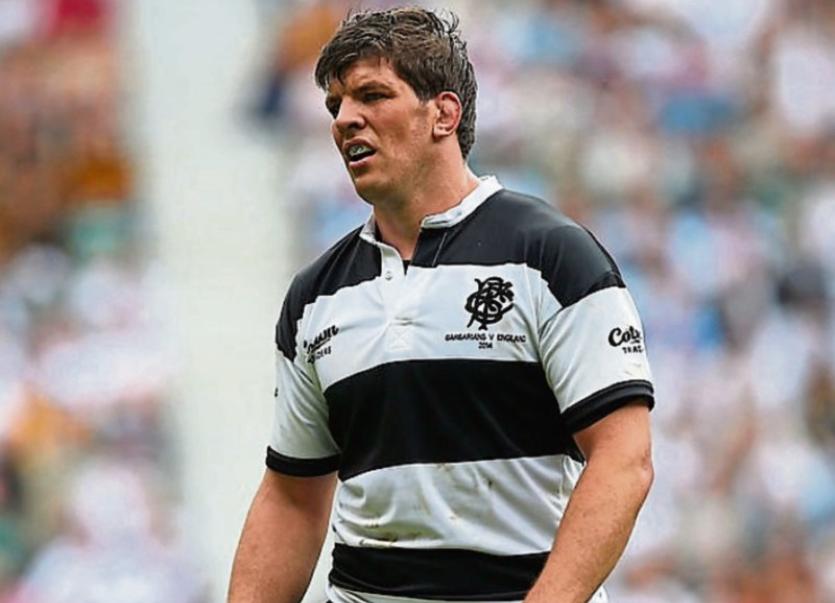 Donncha O'Callaghan will feature for the Barbarians in Friday night's game with Tonga at Thomond Park, 7.30pm

The Ireland and British & Irish Lions legend joins the squad this week along with two current Munster players in props James Cronin and Brian Scott.

Cronin and Scott replace New Zealanders Atu Moli and Ben Franks. Moli has joined the All Blacks squad for their European tour while Franks has returned to London Irish.

O’Callaghan returns from Worcester Warriors for a second spell with the Baa-baas after featuring in the win against England in 2014.

The two Cork-born props will be making their debuts for the famous invitation side, back in Limerick for the first time since the 22-21 win over Ireland in the summer of 2015.

Cronin said: "I was watching the (New Zealand) game on TV at the weekend and chatting with my buddies about it, and it’s a special thing. You get to wear your club socks and represent where you’re from, and it’s such a prestigious club. It’s an opportunity everyone wants."

The debate over which socks Scott will wear has already started his family, with the Presentation Brothers College, University College Cork, Dolphin and Youghal all having claims.

He said: “I know what a great honour it is to play for the Barbarians and I’ve seen some unbelievable players over the years and I know what a privilege it is to wear the shirt. There are players coming in from all round the world, all great players, and it’s fantastic to be involved and to do it at Thomond Park."

The two wings, Smith and Naiyaravoro, add contrastingly different attacking options to the back line Head Coach Robbie Deans has at his disposal.

Naiyaravoro – nicknamed ‘Big T’ – is a 6ft 5in, 19st player, who has scored tries for the Barbarians against South Africa and Australia and touched down on both Test appearances for the Wallabies.

Smith, by contrast, is a 5ft 9in, 14st finisher whose ability to beat players with his footwork and offload to supporting runners have made him a Barbarians favourite.

Murphy has 17 Ireland caps, the last of which was won in the historic victory over the All Blacks in Chicago last year.