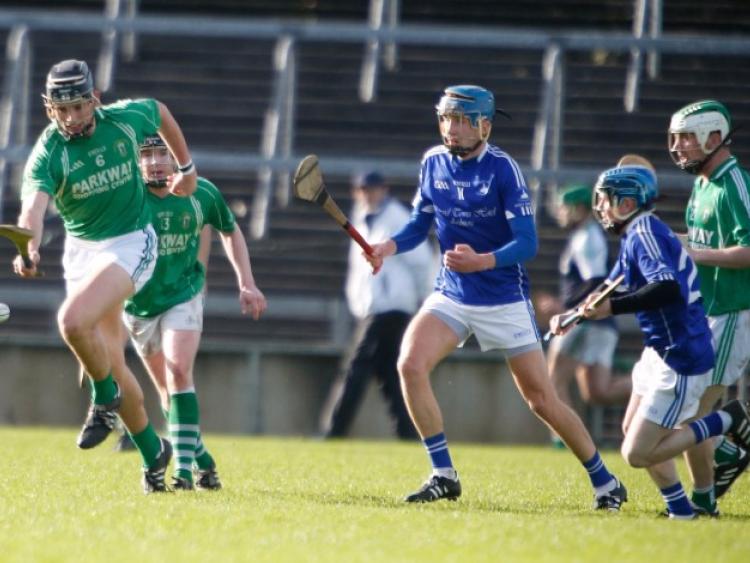 Action from St Patrick's versus Ardmore at the Gaelic Grounds today

THERE was disappointment for St Patricks in the Munster JHC quarter-final on Sunday as the city club were heavily beaten by Waterford champions Ardmore this afternoon, on a scoreline of St Patricks 0-11 Ardmore (Waterford) 4-20

While they have had a hectic schedule in recent weeks with the two draws against Kilmallock (with one after extra time), there can be no excuses for the Limerick representatives as they came up against a much better side in the Gaelic Grounds.

Ardmore got a controversial goal after just three minutes when Kieran Conway finished to get the winners on the board early on.

After a heavy challenge on Pats ‘keeper David Geary, the Pats net-minder lost possession, and Conway had the easiest of finishes. 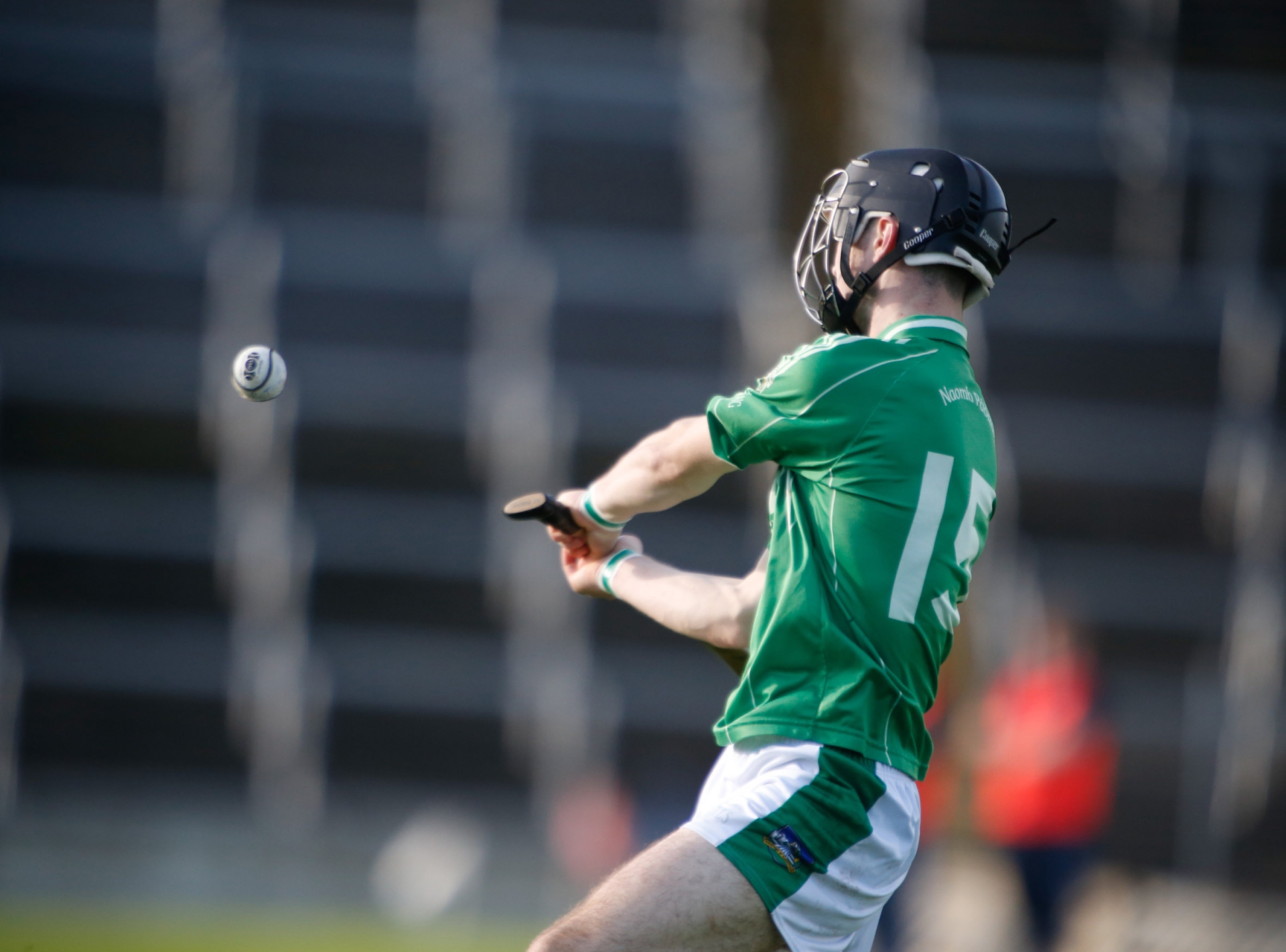 With Geary on the ground injured, the Rhebogue side were furious that referee Philip Kelly allowed play to go on and Conway to have the easiest on finishes.

The Deise champions had the ball in the net again five minutes later - this time there was no doubt as David Gartland blasted home from close range.

St Pats were really struggling and were reliant on the free-taking of Calvin Moran to keep the scoreboard ticking. They hit their first point from play in the 16th minute when Brenan Mullins reduced the deficit to 2-4 to 0-3.

Moran hit his third point and Gearoid Hegarty hit a superb effort to leave the two goals between the sides.

However, Ardmore were on top with Seamus Keating and Seamus Prendergast showing their class throughout.

But the city men, who still have to play their county final second replay with Kilmallock, had their moments. Jack Doyle, a late inclusion to the side, hit the score of the day – striking it over the shoulder from the sideline.

That said, Ardmore were much stronger and Prendergast and Keating edged the Waterford men further ahead.

Prendergast hit the final score of the first half to give his side a 2-10 to 0-7 interval lead.

St Patrick’s slim chances of staging a comeback evaporated early in the second half when Seamus Prendergast hit Ardmore’s third three-pointer. After good work from the outstanding Seamus Keating, Prendergast buried the ball past Geary to give them a 3-13 to 0-10 lead.

This was after Moran and Mike Geary pointed for the city side to get them off to a bright start to the second period. However, the class of Keating, Prendergast and the midfield pairing of Kenny Murphy and Wayne Hennessy were too much to handle.

It went from bad to worse for Pats who had Brendan Mullins dismissed in the 45th minutes.

Seconds after being reduced to 14 men, Pats conceded a fourth goal. James Flavin got the goal to firmly put Ardmore into the provincial semi-final against Bodyke of Clare this coming weekend.

St Patricks kept fighting to the bitter end, but they were firmly outclassed in another forgettable Munster Championship outing for the Rhebogue club. 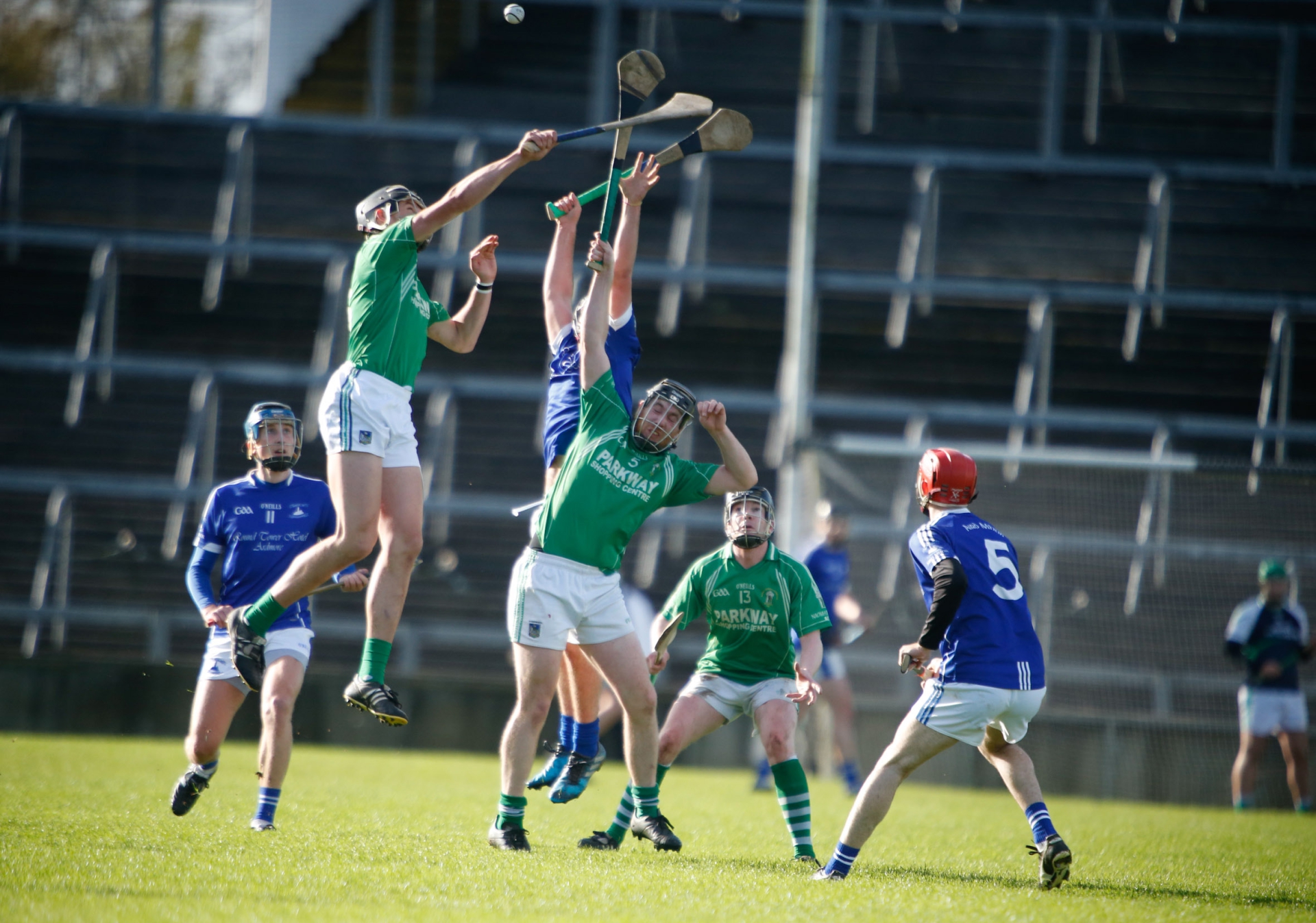