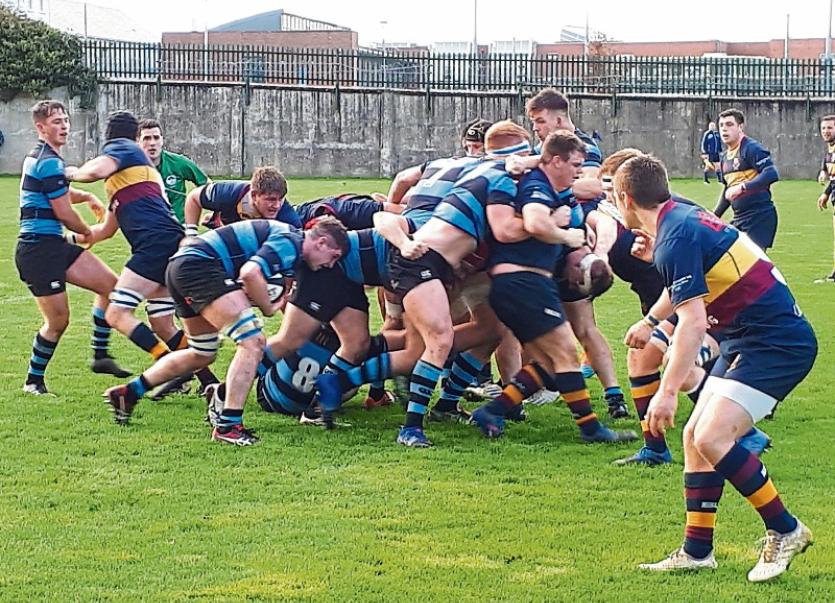 In Division 1A, rejuvenated Young Munster recorded a valuable bonus point win after thumping St Mary’s College 51-7 at Tom Clifford Park, while also in the top flight Garryowen left Dublin empty-handed after suffering a 32-22 defeat to Lansdowne at the Aviva Stadium.

Meanwhile, in Division 1B, table toppers Shannon made it six wins from six after securing an impressive 33-14 bonus point victory over Banbridge in their top-of-the-table clash on the back pitch at Thomond Park.

In the same division, UL-Bohemian had to make-do with taking a losing bonus point from their 18-13 defeat to Eddie O’Sullivan’s Old Belvedere at Anglesea Road.

In Division 2B, leaders Old Crescent cemented their place at the top after scoring a resounding 45-0 bonus point victory over Skerries at Rosbrien.

In Division 2C, in-form Thomond recorded a 34-17 bonus point win over Malahide at Liam Fitzgerald Park, while Bruff secured a losing bonus point with a 13-11 defeat to Bangor.

Young Munster are up to sixth place in 1A after scoring seven tries against eighth-placed St Mary’s College.

Munsters’ led 27-7 at half-time at Greenfields. The home side had tries from Rob Guerin in the first minute, Gavin Coombes, who bagged two, Daniel Hurley who notched the bonus point try on 47  minutes, as well as a penalty try, while Tom Ryan and Tom McHale also dotted down.

The returning Alan Tynan converted the final two tries. Next up for Munsters’ is a crucial derby clash with Garryowen at Dooradoyle on Friday night, 7.30pm.

The fifth-placed ‘Light Blues’ sit one spot above Munsters’ following their 10-point loss to Lansdowne.

Garryowen, who led 17-10 at half-time, scored three tries in all through Peadar Collins, James Mc Inerney and Tim Ferguson, while Neil Cronin added a penalty and two conversions.

The buzz is returning to Thomond Park these days for Shannon’s home fixtures as a bumper attendance turned out to watch the Parish side grab five tries in their 19-point win in their top-of-the-table clash with Banbridge.

UL-Bohemian are second-from-bottom and in the relegation zone following their five-point loss to Belvo. UL-Bohs have won just one of their opening six fixtures.

The Annacotty side, who trailed 6-8 at half-time, had a try from James Ryan, while Robbie Bourke kicked two penalties and a conversion.

Old Crescent are four points clear at the top of Division 2B after extended their winning start to the season to six games.

Crescent, who enjoyed a 28-0 half-time lead  had the bonus point already secured at the break, in this top of the table clash.

Thomond are in second place in 2C, three points behind pacesetters Sligo, following their fourth win in six league fixtures.

Next up for Thomond is a crucial derby clash away to Bruff at Kilballyowen Park on Friday night, 7.30pm.

Bruff led 8-3 at half-time with a Paddy Cleary try and a penalty goal from Davy O’Grady. However, Bruff managed just three further points in the second period, while their Ulster hosts managed 10 to shade the outcome.