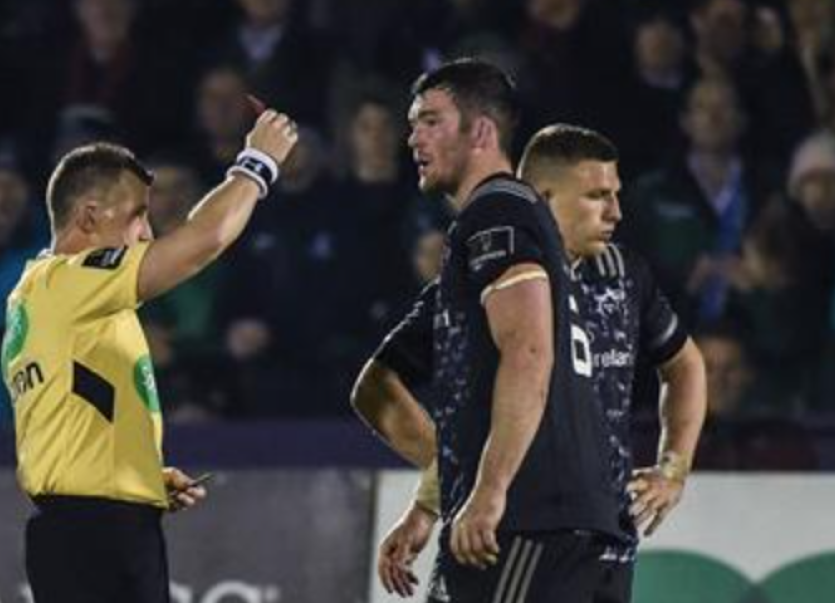 Munster's Andrew Conway has been suspended for one week following a disciplinary hearing this evening.

The Irish winger, who was sent off against Connacht last weekend was initially sanctioned with a two week ban, however his good behaviour stood to him and the former Leinster star will be available for Ireland's international against South Africa on November 11.

Andrew Conway (No 14) of Munster Rugby faced a Disciplinary Hearing this evening via video conference and has been suspended for one week.

A Disciplinary Panel convened in Edinburgh, Scotland to consider the red-card decision against the player resulting from the Round 7 fixture against Connacht Rugby on October 27, 2017.

The red card was shown by referee Nigel Owens under Law 10.4 (o) – Late-charging the kicker: A player must not intentionally charge or obstruct an opponent who has just kicked the ball.

The incident occurred in the 61st minute when the player was deemed to have committed an act of dangerous play against an opponent (No 10, Jack Carty).

The determining factor for the Panel in making this decision was the presence of a second Munster player (No 6) in the incident. The position of Munster No 6 influenced the positioning of the Connacht player (No 10) in the lead-up to the incident with Munster No 14. Due to these circumstances the Panel came to a majority decision that the offence merited a low-end sanction point.

The Panel also took into account that proceedings under Law 10.4 (o) had not previously come before a Disciplinary Panel and therefore they had no precedents to reference.

Once the low-end entry point had been established by the Panel, full mitigation of 50 per cent (one week) was applied due to the player's previous good record and his acceptance of a red-card offence.

The player is therefore suspended for one week and can return to play from Monday, November 6, 2017.