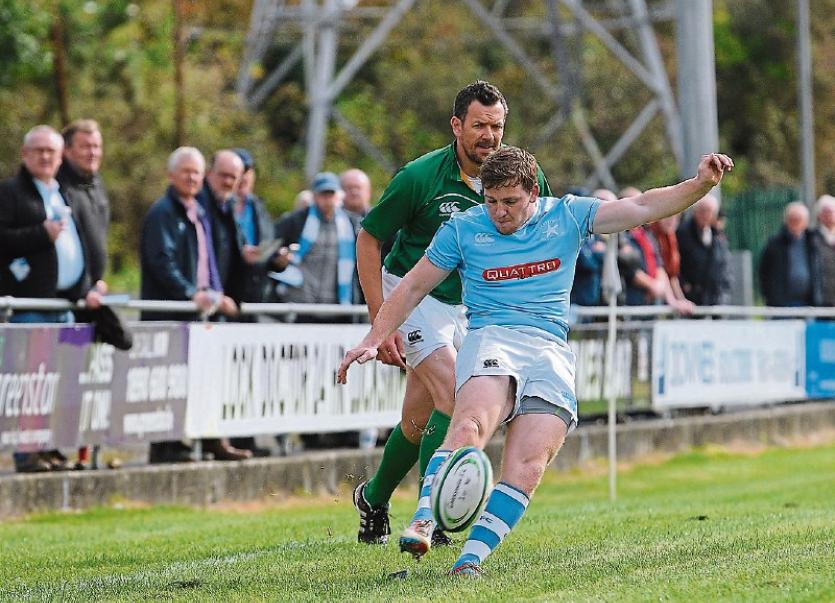 LIMERICK clubs recorded a clean sweep of five wins on a dramatic day of action in the Ulster Bank League on Saturday.

Garryowen remain third in Division 1A after recording a spirited 27-20 victory over UCD at Dooradoyle, despite playing the final 55 minutes of the game with 14 players after picking up a red card.

Meanwhile, also in 1A, Young Munster, moved up to seventh place in the table, after producing a grandstand finish to edge great rivals Cork Constitution 20-19 at Temple Hill.

In Division 2B, pacesetters Old Crescent thumped struggling City of Derry 54-21 to make it five wins on the bounce and move four points clear at the top of the table.

Meanwhile, in Division 2C, Bruff moved up to second place in the table on the back of a 10-8 home victory over Seapoint at Kilballyowen Park.

Also in 2C, Thomond jumped up to third in the table after securing a precious 28-23 bonus point victory away to Midleton in East Cork.

Garryowen overcame the loss to prop Andrew Keating to a red card on 25 minutes to score a gritty win over UCD.

Garryowen, who trailed 12-17 at half-time, had a brace of tries from David Johnston, while the hugely impressive Neil Cronin kicked five penalties and a conversion for the home side who were recording their third win in five.

Young Munster’s second win of the campaign was earned thanks to a last gasp kick at goal from Shane Airey.

In Division 2B, Old Crescent had a bonus point in the bag by half-time as tries from Gary Fitzgerald, Brian Tuohy, Jack O’Neill and Larry Hanly helped the Rosbrien side build a significant 26-7 half-time lead.

Hanly added his second try as did Brian Tuohy, while top points scorer on the afternoon Ronan McKenna and Val McDermott also touched down for the Limerick side in their 33-point success.

In Division 2C, second-placed Bruff are within just three points of leaders Sligo following their gritty 10-8 home win over Seapoint.

Bruff led their visitors 10-3 at half-time at Kilballyowen Park and while Seapoint hit back with a 71st minute try, the South Limerick side maintained their precious lead to full-time.

Third-placed Thomond are within a point of Bruff and four points of leaders Sligo after their 28-23 bonus point win at Midleton.

Thomond, who led 16-6 at half-time, had a brace of tries from both Darragh O’Neill and Cian Coady, while Evan Cusack added two penalties and a conversion.

On Friday night, Shannon defeated UL-Bohemian 27-22 in their Limerick derby clash at Thomond Park to remain top of 1B.

Pacesetters Shannon are two points clear of second-placed Banbridge. UL-Bohs sit eighth in the table, with just one win from their opening five fixtures.