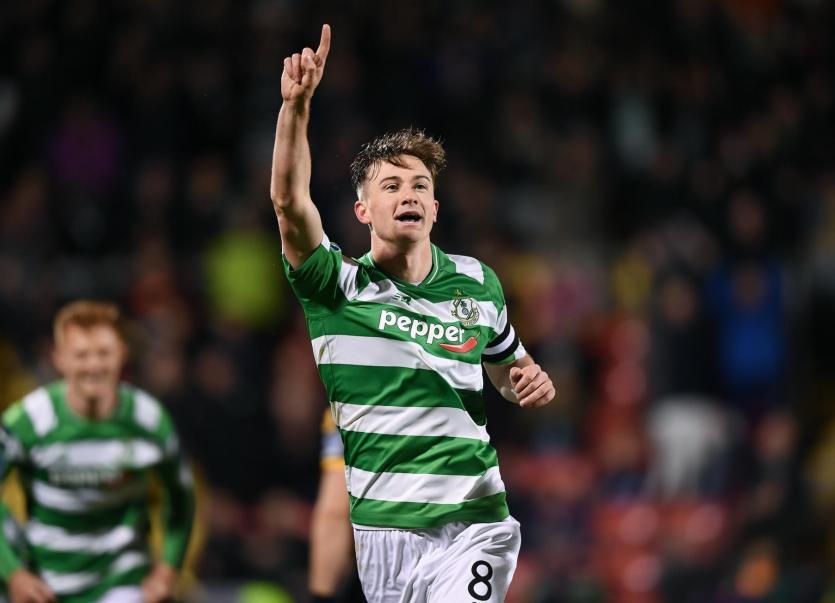 Neil McDonald made five changes from his side’s 2-2 draw with Galway United last week. The Blues boss opted to give both youth and second-stringers a chance in Tallaght.

In what was a game that meant little to either side, it came as no surprise that the opening half was a dour affair.

Limerick had the better of the openings in the first half, despite being slightly inferior in the possession stakes.

Henry Cameron was handed a couple of half chances after positive build-up in midfield, but his rustiness came back to bite him.

Despite their strong showing in the first half, it took only eight minutes for them to capitulate.

Shane Duggan hauled down Dean Carpenter at the far post following a Shamrock Rovers corner kick. The Blues captain argued with referee McLoughlin over the award, but he could have little complaint.

Hall dived the right way, but couldn’t repeat last week’s heroics – as the ball flew past his outstretched hands.

Six minutes later, Hall made a howler. Ronan Finn carried the ball down the inside right channel before unleashing a tame shot at the Bermuda international’s near post. Somehow, the ball found the net.