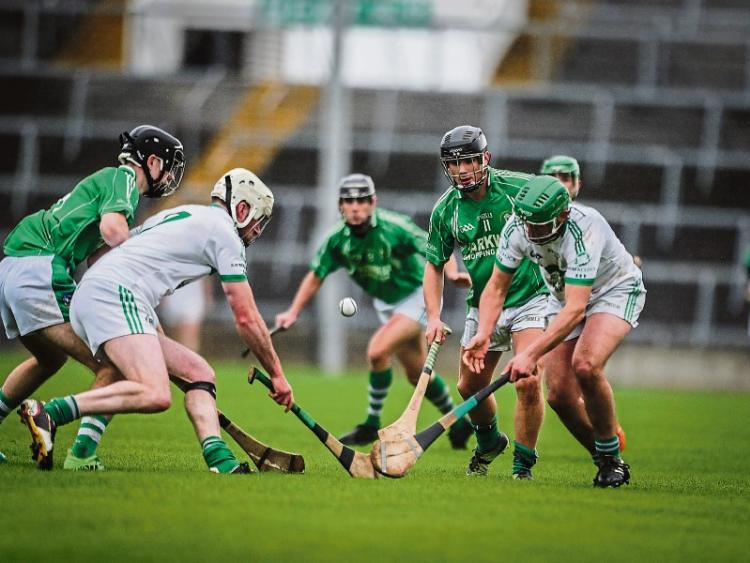 THE replay of the Limerick Junior A Hurling Championship final takes place this Friday evening.

Kilmallock and St Patricks meet in the Gaelic Grounds at 8.00.

It’s the third time in seven years that a replay is needed to decide the final of the county JAHC.

Last Saturday it was a free from teenager Calvin Moran that ensured a second bite of the cherry for St Patricks. That was after Kilmallock looked on course for their first title since 1956, despite not scoring for 28-minutes in the second half.

Captained by Kevin O’Mahony, Kilmallock will hope to go one better than 2011 when they lost a replayed final to Cappamore.

Aside from O’Mahony, there is experience across The Balbec line-up with John Meade, Paudie O’Dwyer and Benny Burke all with senior mileage.

Conor Staunton, Conor Barry and Paidi Kelly are other key players for the Paul Tobin managed south Limerick side, who are bidding to join fellow second string side Na Piarsaigh in the Limerick IHC.

St Patricks are coached by former Ballybrown hurler Joe Roche. Captained by Brendan Mullins, the city side will have inter-county man Gearoid Hegarty at centre back. Beaten in last year’s final by Na Piarsaigh, the Rhebogue side will look to Wayne Cronin, Pa and Jason Mullins and Mark and Gearoid Phelan.

Regardless of the replay result, St Patricks will represent Limerick in the Munster club JAHC against Waterford’s Ardmore on Sunday November 5 in the Gaelic Grounds at 12.00 – curtain-raiser to Na Piarsaigh v Blackrock (Cork) in the Munster club SHC semi final.