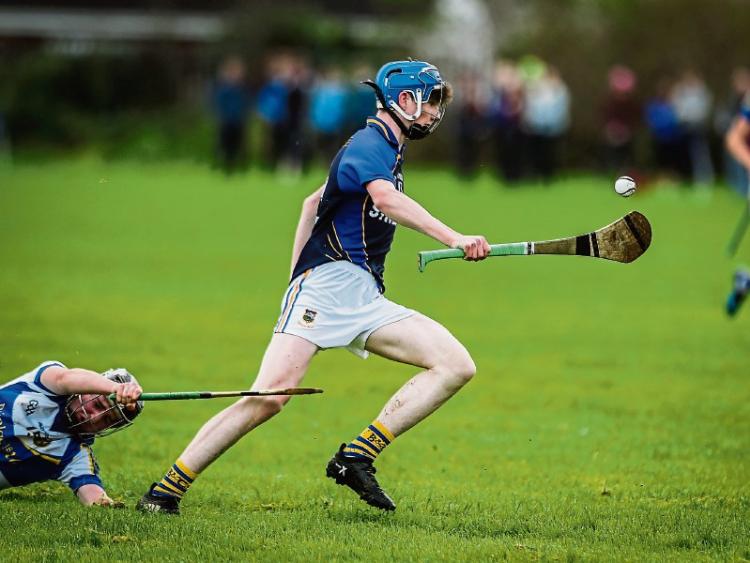 TWO Limerick sides booked their place in the quarter finals of the Harty Cup this Wednesday.

Although there is a round of group games remaining in the Munster Post Primary Schools Senior A Hurling Championship, Hospital’s John the Baptist Community School and Ardscoil Ris have secured their place in the January 10 quarter finals.

Both sides made it two wins from two with victorious over Waterford this Wednesday. Hospital had a 3-9 to 1-13 win over Blackwater of Lismore, while Ardscoil Ris beat De La Salle 0-19 to 0-8.

Elsewhere, there were second defeats for Doon, Kilmallock’s Colaiste Iosaef and Castletroy College.

In their first season up in the top flight, Hospital had two points to spare over their Lismore opponents in Glenroe.

Goals from Oisin OGrady and Brian O'Grady have the south Limerick side the ideal start within five minutes.

Dean Heffernan soon had a third Hospital goal and they were 3-0 to 0-2 ahead with just 10-minutes played.

Hospital were to score just three second half points but held on for a vital victory. They will play St Colmans of Fermoy in their final group game to determine who finishes top with both already assured of qualification.

Ardscoil Ris were 0-20 to 0-8 winners over De La Salle in Boherlahan.

Ardscoil Ris will now play Midleton CBS in their final round game to deterine who finishes top – both have already qualified.

David Woulfe chipped in with three points, while Diarmuid Ryan had four from midfield. Sean Long, Conor Bourke and Cillian O’Reilly all had points.

Thurles had a goal after 30-seconds and they never looked back. It was 2-7 to 0-6 to Thurles CBS at half time.

Gearoid Troy had their opening goal and while Ryan Renehan (free) and William Barry hit back with was soon 2-1 to 0-2 with Darren Flood with the second Thurles goal in the eighth minute.

Another Renehan free came in reply but Doon were soon trailing 2-4 to 0-3.

Cormac Ryan (free) pointed for Doon but Thurles were seven clear by half time.

Renehan and Cormac Ryan frees interrupted the Thurles flow of scores early in the second half.

Alas Doon were to score just once more in the remaining 23-minutes of action.

That score came from Fionn Brady in the game’s 57th minute.

Thurles had a run of seven unanswered points – mostly Devon Ryan frees to move 2-19 to 0-8 ahead on 53-minutes.

Kilmallock had the ideal start with an early Sean O’Leary goal but Fermoy hit back with two goals of their own before half time and it was 2-6 to 1-3 at half time to the north Cork side. Goalkeeper Eoin Davis (penalty) and Padraig O’Leary with the goals.

Kilmallock had early second half scores and it was 2-7 to 1-6 after six minutes of the second half. There was to be just one more point for the Cathal McNamara managed side as St Colmans saw out the win.

Castletroy College lost out heavily to a top notch Our Ladys of Templemore side; 6-27 to 1-10.

The Tipperary side were 1-17 to 1-5 ahead by half time – Niall O’Brien with the Castletroy goal.

In the second half the champions powered to the victory with Ronan Reale hitting 0-8 (5frees, 1 ‘65) for the Limerick city side.