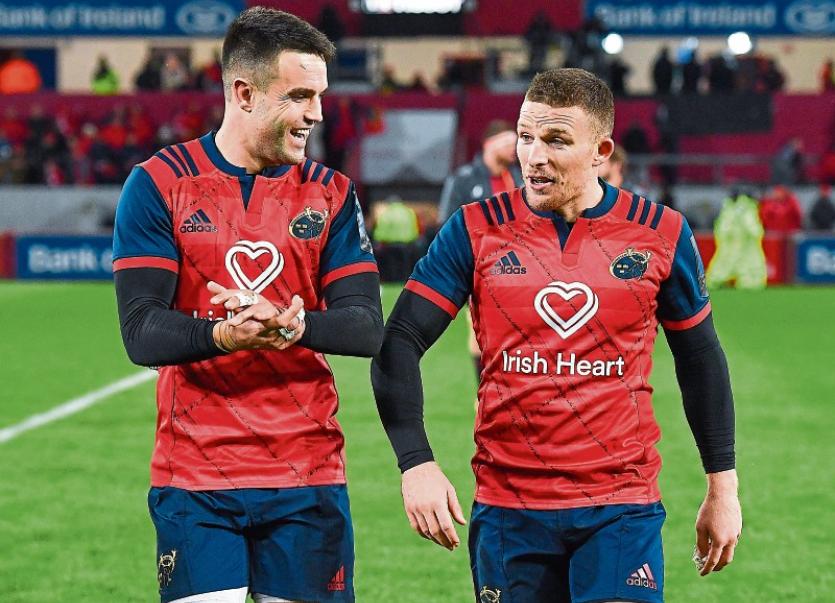 MUNSTER Director of Rugby Rassie Erasmus said Saturday’s gritty Champions Cup victory over Racing 92 came down to which side showed more guts on the night.

Erasmus, who is set to leave Munster later this year to take up a role with the South African Rugby Union, could well have been involved in his final Champions Cup game with the province.

Erasmus said: "I am happy enough with the result. It is tough to play a certain way in the game, tough to get the ball wider that your fly-half. You could see with (Dan) Carter playing in their team, they even struggled to get it right.

"They would have come here with confidence and we had a little bit of a confidence dent not winning last week, so it was really a tough game to control tactically.

"It was more who had the most guts out there. It definitely wasn't perfect. I think in the conditions it may have been perfect, but you can't go into this game and analyse anything, because it was just tough to play.

"It was weird to go in 0-0 at half-time. It was one of the few games that you see which was scoreless, but I thought it was a really intense encounter. I don't think it was boring.

"For me it was nice to enjoy it and at half-time, funny, the boys in the changing room said, listen, we are going to score from a charge down! That is exactly what the guys said. They had been so close to charging the ball down every single time.