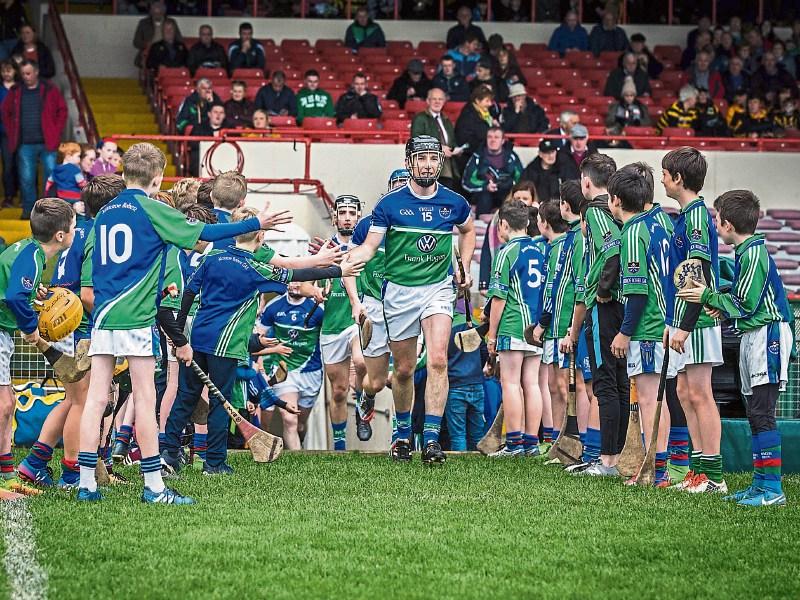 EIGHT points from play from captain Pat Tobin inspired Murroe-Boher to the LIT Limerick Premier IHC title this Wednesday night under the floodlights of the Gaelic Grounds.

Along with the eight points form play from Pat Tobin, his brother Seanie Tobin ended with 1-10 (0-7frees).

The replay win came just over 72-hours after the sides had played out a dramatic draw on Sunday.

There is little time to celebrate for Murroe-Boher, who now play Clare champions Kilmaley in teh Munster club quarter final on Sunday (1.15) in Ennis.

Murroe-Boher were 0-12 to 0-8 ahead at half time but it could have been a greater advantage but for their tally of seven wides, compared to just two for The Bouncers.

Captain Pat Tobin led the way in the opening half with six points from play.

Garryspillane had to wait until teh 23rd minute to score from play. That Colin Ryan point made it 0-10 to 0-5 with four Donie Ryan frees previously for the men in black and amber.

A Ryan free opened the scoring but then the Tobin brothers Seanie and Pat shared the next six points for Murroe-Boher.

Dylan Sheehan’s delightful lineball and a fourth from Pat Tobin had the east Limerick men 0-8 to 0-2 clear at the mid-point of the half.

The next 15-minutes saw Garryspillane outscore Murroe-Boher 5-4 with Micheal O’Donnell and Colin Ryan on the mark for the south Limerick side.

Garryspillane hit four of the opening six scoresin the first six minutes of the second half with O’Donnell and Donie Ryan on the mark from play.

But crucially one of the Murroe-Boher scores was a ffith minute Seanie Tobin goal that moved his side 1-13 to 0-10 ahead.

When Seanie and Pat Tobin and Dylan Sheehan had a run of scores between the 48th and 54th minute, Murroe-Boher had a 1-18 to 0-12 lead.

That left it 1-20 to 1-15 but Murroe-Boher were not to be denied an immediate return back to the senior hurling ranks.