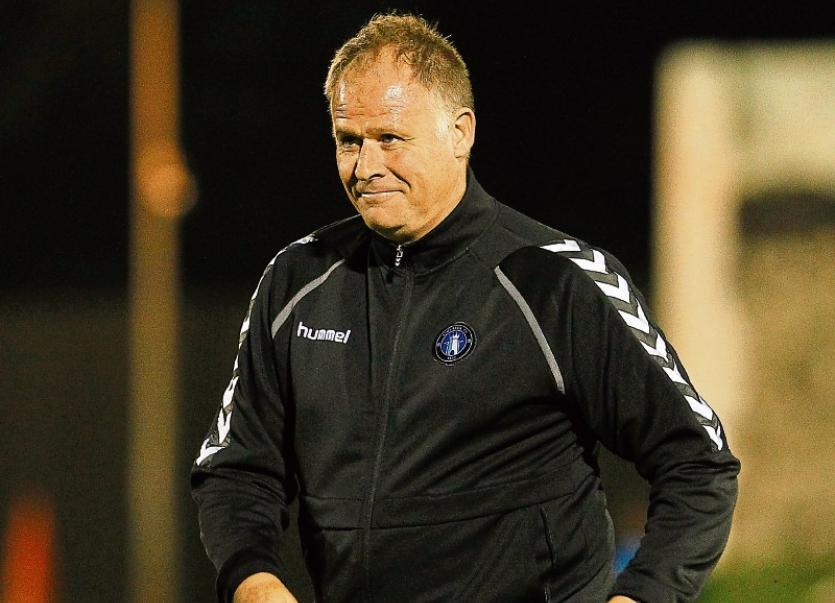 LIMERICK FC manager Neil McDonald is hoping the Blues can secure the point needed to secure their SSE Airtricity League Premier Division status for next season with a game to spare.

Limerick FC host relegation-threatened Galway Utd at the Markets Field on Friday, 7.45pm, knowing a draw will secure their top flight status for 2018, ahead of their final fixture of the season away to Shamrock Rovers.

Limerick currently enjoy a five-point lead over Galway who occupy one of the three automatic relegation places in the Premier Division.

Manager McDonald said: ”Hopefully there will be a big crowd here on Friday. We are certainly capable of beating Galway at home. Our home form is decent enough over the past couple of games and we must try and improve that as much as we can.

”There is going to be lots and lots of pressure on both sides and we have got to handle that. We have handled it over the past two to three weeks which has been excellent.

“It’s nice to relax when everything is done. We have the first chance to do that on Friday and we will certainly be giving our all to do that so we can go into our final game with Shamrock Rovers sure that we will be playing in the Premier League next season.

“We have been looking over our shoulder far too long. I keep on saying that with a newly promoted team it has not surprised me that it is the position we have been in.”