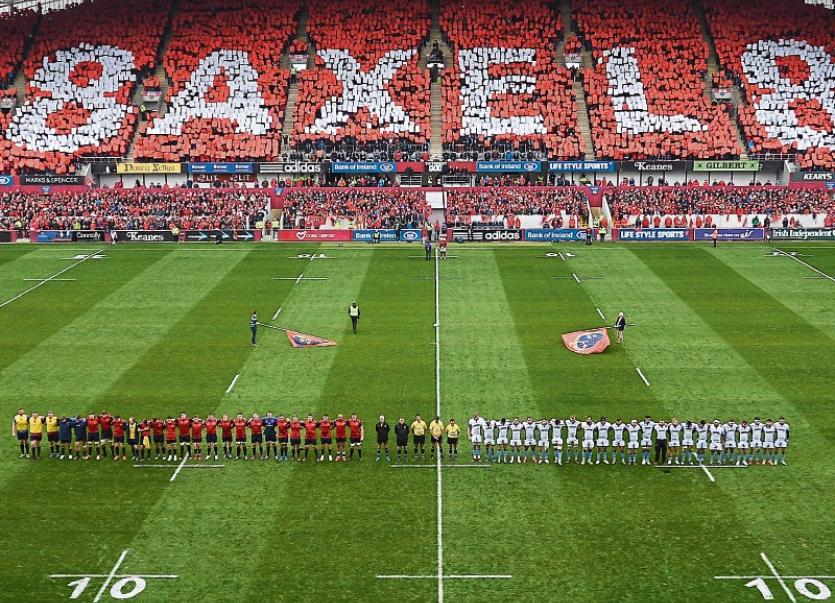 IN October 2016 news of the sudden death of Munster rugby head coach Anthony ‘Axel’ Foley reverberated throughout the rugby world and beyond.

A beautifully made new documentary, Anthony Foley: Munsterman, which will be screened on RTE 1 tonight, Monday, October 16, tells a story of Munster rugby through the life of Anthony Foley.

Viewers get to know the man and get an extraordinary honest insight into the events surrounding Anthony’s time as head coach, his death and the emotional aftermath.

The former Irish International and Munster captain had died of a heart attack in the team hotel in Paris on the morning of his clubs Champions Cup match against Racing 92.

Heart-rending tributes on and off the field swelled and prolonged the mourning period, equal parts capturing the sadness of his passing and celebrating his dedicated life.

With intimate and stunningly candid contributions from Anthony’s sisters Rosie and Oral, as well as Munster greats, past and present, in Ronan O’Gara, Paul O’Connell, Keith Wood, Conor Murray, Simon Zebo, CJ Stander, Peter O’Mahony, Keith Earls and Jerry Flannery as they try to come to terms with the sudden death of their coach, colleague, friend and brother.

A Wildfire Films documentary for RTE, Anthony Foley: Munsterman is produced by Adrian McCarthy and directed by Ross Whitaker.