CJ Stander : 'If we don't look after ourselves who is going to look after us?' 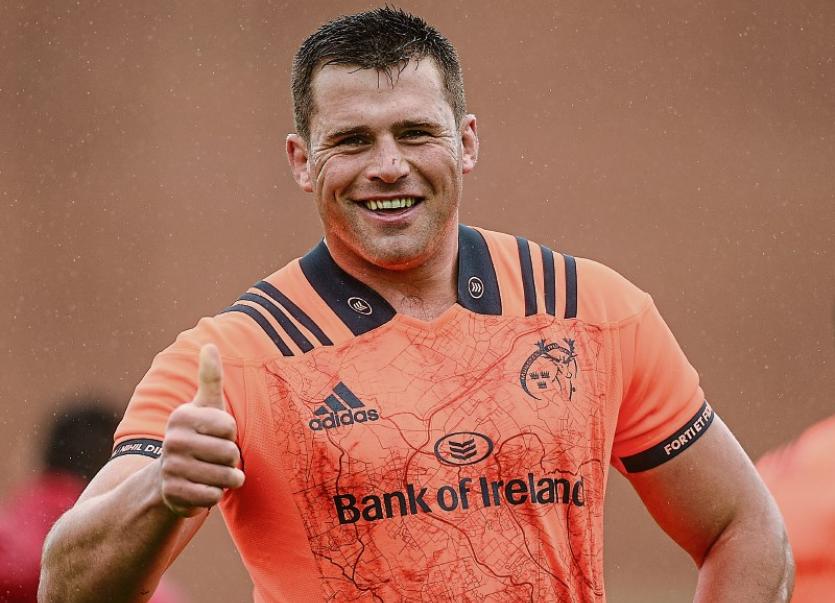 O'Mahony bristled after taking exception to a question from former Ireland prop Corrigan in a TG4 interview following Saturday’s Guinness PRO14 fixture at the Aviva Stadium.

Corrigan asked O’Mahony what he thought of the Munster players intensity in the game and if there had been enough of it?

O'Mahony replied: “What do you mean? Are you questioning my team-mates?”

Asked about the incident at a Munster press briefing on Tuesday at UL, Stander said: “We work close together, for the whole year, every day we're in each other's faces you know, so if we can't stand up for eachother, who's going to stand up for us?

“Pete did exactly that. There's different ways to interpret the interview and different ways to go at it, but he stood up and, what we thought was right in the moment, he did it. We all back him and, like I said, if we don't look after ourselves, who's going to look after us?

“You could look at the GPS and that (game) has been up there with most of the intensive games we've had, one of the toughest games we've played in - 'longest ran' and high intensity effort - so if someone saw it differently then . . .

“When you arrive here (at Munster) it's the first thing you hear: We work for the jersey here, and we work hard for it'.

“We pride ourselves on the work-rate on and off the pitch. Even in the gym and all the small stuff, we make sure we're ready and going into the weekend we work hard on everything we want to do.”

Looking back on Saturday's defeat to Leinster, Stander said there was plenty of things to review from the game.

“Look, there's lots to review and say about it, but I just feel we made chances for ourselves and didn't use them.

“We got the ball out wide, forward pass here and there. People are talking about intensity, but intensity for me was everyone standing up for the jersey yesterday as they do every week.

“We'll just sharpen up on the skills, make sure we understand the gameplan for this weekend, different team, different way of playing and we need to step up for the jersey this weekend.

“As for our discipline, we know that in the Pro14 and Europe you can't have more than six penalties in a game.

“You give teams four easy penalties and they go the posts. That's something we need to look at ourselves, individually going through the week and know that we understand the game and what we need to do in the game, understand that you can't give teams easy three points in front of the posts because a guy like Jonny (Sexton) going to take that every time.”