Limerick FC survive, but there may be room for tactical tweaks - Jason O'Connor 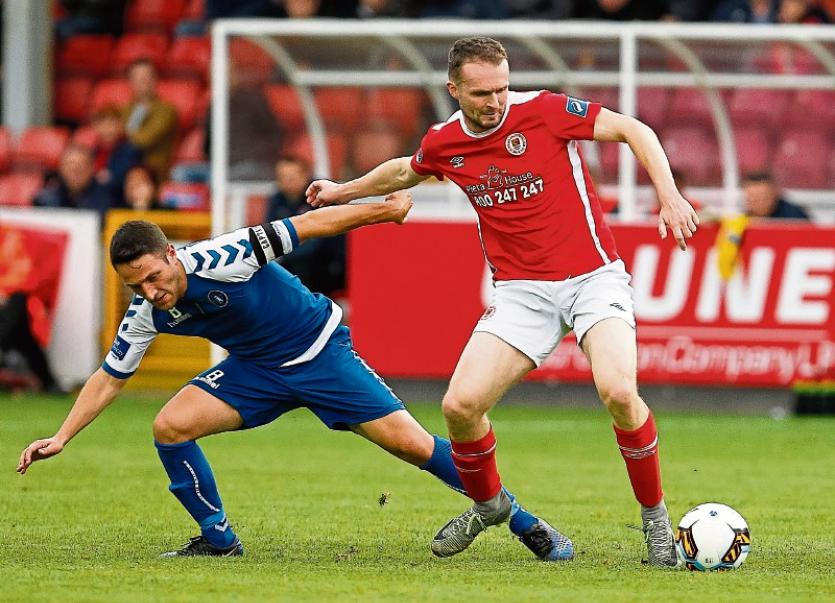 On Saturday afternoon I travelled to Inchicore and witnessed a fantastic advertisement for League Of Ireland football.

At a time when the league is in the limelight for positive footballing reasons including Sean Maguire's senior international debut on Friday night against Moldova in the Aviva stadium, Saturday had become ‘Survival Saturday’ for five clubs.

St Patrick's Athletic, Galway, Finn Harps, Sligo Rovers and Limerick FC were all involved in games that would impact their seasons massively.

Limerick's Saturday was rescued when Shane Duggan volleyed superbly to the net to rescue a point with the last kick of the game against St Pats.

A goal which, with Sligo winning and Galway missing a last minute penalty but still taking a point off Bray, could prove to be what keeps this team in the division.

Limerick are currently not blessed with a strong enough squad from which to pick and alter games.

This is especially when the opposition is dominating play and this was the case on Saturday, a situation I did fear in the build up to the game if there wasn't a change in the shape of the Limerick team to deal with, what I described prior to the game as, The Conan Byrne Factor.

Any side preparing to play St Pat's will, I am sure, discuss how to cope with, who is in my opinion, one of the best players in the league.

Conan Byrne has destroyed left backs up and down the country all season, so letting Shane Treacy to deal with him alone on Saturday was asking the impossible, but numerous times throughout the night this was the case.

Limerick altered the personnel in front of the former Arsenal player from Ogbene to Clark to Lynch and back to Ogbene during the ninety minutes, but all to no avail.

Whilst Limerick, under this management team, have now probably found their best nine players and possibly rotate on the other two positions and have settled on a 4-3-3 formation of late, I think we have become a little predictable.

I think by trying a new tactic and a 4-1-3-2 formation against St Pats, which would have allowed for a doubling up on Conan from our one in front of the back four, a job Joe Crowe could have delivered on I am sure, considering he has played a bit part of it already against Cork and on Saturday, Limerick could have had at least a smoother route to the point achieved.

Our three in front of Joe being Shane Duggan, Lee Lynch and Bastien Hery in direct opposition to the Pat's trio of Brennan, Garvan and former Limerick player Paul O'Connor

I would fancy the blue three to match their opposite numbers both defensively and offensively allowing support for Tosi from Ogbene in a two man attack who defensively would need to work hard closing down full backs Kelly and Bermingham and not allowing them the freedom to overload in wide areas.

Too often on Saturday Tosi was isolated and was also dispossessed too easily as he was outnumbered or heading balls on to no one. I say, give him Ogbene as a partner and like earlier in the season when they played together, we are a threat against any team, while having a solid base behind to deal with individuals in the opposition that need that bit of extra care.

Due to the size of the squad available I feel that a little tinkering with the shape of the team can benefit the players for individual games.

Football as we know is not a one size fits all affair and by using the same personnel in different roles we may achieve different scenarios to impact different games depending on the opposition.

Limericks situation going into Saturday is not a dream the local footballing public were promised at the beginning of the season but is one now that Shane Duggan's goal might just have saved from becoming a nightmare.

Three points at home to Drogheda on Saturday should really be enough to complete the job.

This season, if we factor in a mid season change of manager and a cup semi final, is probably one where the club has achieved realistic goals.