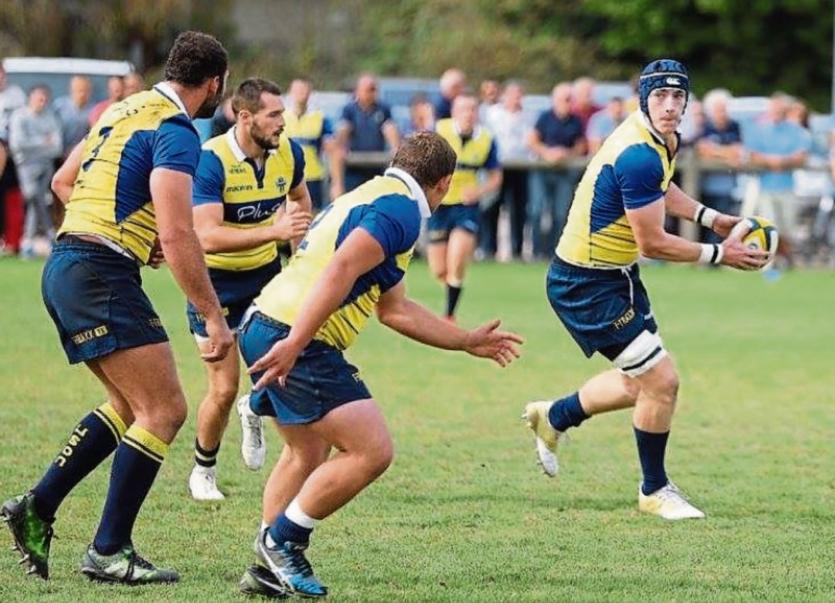 “THE way I look at it, Munster is one of the very best clubs in Europe. Some fellas look at it like, if you don't make it at a top club in Europe, your career is over.

“But if a guy is in the Man Utd Academy, for instance, and doesn't make it onto the United first team, he wouldn’t give up there.

"There are opportunities abroad in rugby. I couldn't recommend moving away enough and try a different culture. It is brilliant.”

The second-row, from Clareview, went into the Munster sub-academy in November 2013. In October 2015, the former Irish U-19 international was told the province didn’t have a contract for him.

Bradshaw Ryan said then: “I had two good years, but whether it was number of places, budgets, whatever, I was probably a bit unlucky not to get another contract at Munster.

”It is unfortunate I never got a contract with Munster which would have been a dream of mine all the way up. But these things happen and you just have to get on with it.”

Rather than feel sorry for himself, a determined Bradshaw-Ryan found an agent in France. He quickly put a video together featuring him in action and in April 2016, French Federale 1 side Auch, a former Top 14 club, came calling.

Former Ardscoil Ris school’s star Bradshaw-Ryan did two weeks pre-season with his club Shannon before moving to France in the summer of 2016.

The 22-year-old’s time at Auch, who played in France’s third-tier, turned out to be a positive experience for the Limerick man who is playing his trade with Pro D2 outfit USON Nevers this term.

Bradshaw-Ryan said: "Auch went pretty well for me last season. The biggest change to playing in France is obviously the language. That is a huge thing.

”After that, it’s the style of rugby. It is very attritional, so physical and confrontational that it takes a bit to get used to it.

"It is not like AIL (All-Ireland League) at all. It is real hard man's rugby which is good as well at the same time, enjoyable. That would be biggest thing to get used to apart from the language.

"Last year Dean Moore was in the squad as well. He is playing with Garryowen this season in the AIL. There was a New Zealander and a Samoan.

"By the end of the season at Auch, I was first choice, but at the start I had to earn my stripes. It wasn't until just before Christmas that I broke into the starting squad. It took time.

"When I went over, at my first training session, they put me on a weighing scales and I was told straight away that I needed to put on weight.

”I was 110kgs when I arrived and they said I needed to be 120kgs. That shows how much emphasis they place on size and stuff like that.

"It was a case of eating as much as I could. They did help me a lot with strength and conditioning and extra gym sessions to do. I’m 119kgs at the minute and my coaches would be happy with that.

"Auch is a small French town, very tight knit. Everyone loved their rugby, everyone knows you. There is a not a lot to do, but that is nice too. The weather was absolutely gorgeous which made it a lot easier.

"We finished sixth and mid-table in Federale 1.”

The dynamic Bradshaw Ryan was looking to play at a higher level this season and Pro D2 side Nevers had spotted his athletic ability when the sides met Auch during the course of last term.

"My agent put out some feelers about a move and we got a lot of interest. Nevers really showed they wanted to sign me. I took a gamble, signing for them in March at a time when they hadn't been promoted to Pro D2.

"Thankfully the gamble paid off. The lads who were there managed to kick on and get promoted. I was lucky that way. It all worked out.

"The pre-season at Nevers started at the end of June. I had gotten a nice summer break, but by the end of it I was itching to get back.

"Pre-season was pretty rough in the heat, but I got through it. Some days we had trainings at 9am. We took a break between 11am and 3pm and then we would be back on the pitch then.

”In mid-July it was 34-36 degrees when we were training. For an Irish man there it was tough getting used to it, but we got through it.

“We are lucky to be a club with some of the best facilities in Pro D2. We really have no excuses. They give us the best chance to perform.

"We have a good few lads who have played at Top 14 level, but who have come back down to Pro D2 to finish their career.

"Coenraad Basson, a South African, who played with Bourgoin in the Top 14, is in the squad. He is 36 now. He always talks about playing matches against Connacht at a wet and windy Sportsground. He was complaining about the weather.

"Our head coach (Xavier Péméja) is a guy who used to coach Montauban who nearly beat Munster in a Heineken Cup match at Thomond Park in 2008 and he was in charge that night.

"It is brilliant training with guys like that and picking up stuff from them. They’re so professional.”

Bradshaw-Ryan was involved in the Nevers first team through their pre-season games and has been playing with the Nevers U-22 side in recent times.

He said: "It has been the same as last season. I am earning my stripes. I am training well and they seem to be happy enough with how things are going for me. I have to bide my time as a young fella over there.

"The second-row guys ahead of me have played Top 14 and Super Rugby and the Premiership. They are all a good bit older than me. I have played a bit with the U-22 team which has been great. It is great to get gametime.

"I was involved in pre season games for the Pro D2 team.”

"We played a team called Colomiers who are based in Toulouse recently and I made a tackle at one stage. As I got up I looked at the guy and said, 'is that Colm Hogan? (Ireland U-20 and ex-Glenstal Abbey)' It turned out it was. I met him after the game. He is doing a year's study in Toulouse at the moment.

"Playing in France is a great opportunity. I am still learning the language and the culture. Outside of rugby it has been about immersing myself in French life and I am loving every minute of it.”