Lions to roar for Munster at Thomond Park 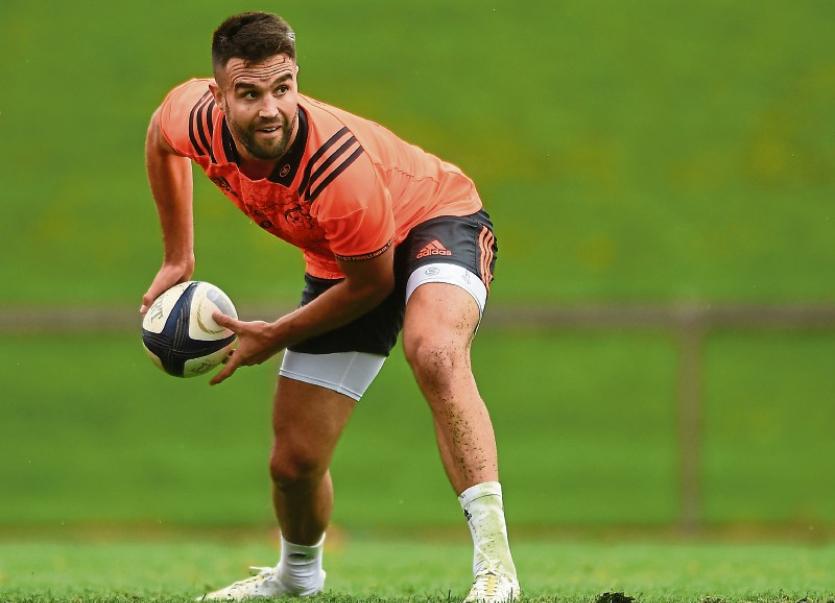 Lions scrum half Conor Murray makes his first start of the season for Munster this Saturday at Thomond Park, 1.30pm

MUNSTER’S British and Irish Lions trio of Conor Murray, captain Peter O’Mahony and CJ Stander are all included in the province’s starting line-up to face the Cardiff Blues in the Guinness PRO14 at Thomond Park on Saturday, 1.30pm.

The Lions inclusion in the side to face the Blues are among nine changes made by Director of Rugby Rassie Erasmus from the side which suffered a heavy defeat at the hands of Glasgow last time out.

O’Mahony and Stander are among six changes to the pack with the international front row trio of Dave Kilcoyne, Niall Scannell and John Ryan all making their first starts of the season.

Robin Copeland is another to make his first start of 2017/18, doing so alongside Billy Holland in the second row.  Tommy O’Donnell remains in situ at openside with O’Mahony and Stander returning at six and 8 respectively.

Murray and Ian Keatley come in at half-back as does Jaco Taute in midfield. Partnering Rory Scannell, the South African takes charge of the outside channel for the first time this season.

There is change in the back-three combination, Alex Wootton, Darren Sweetnam and Andrew Conway have started every game of the campaign to date.

Named on the bench, following a two-season spell at Northampton Saints, JJ Hanrahan is in line for his first Munster appearance since the 2015 PRO12 Final in Belfast.

Shannon lock Sean McCarthy is included in his first matchday squad this season, while new arrival from Saracens, Mark Flanagan, could make his Munster debut off the bench.