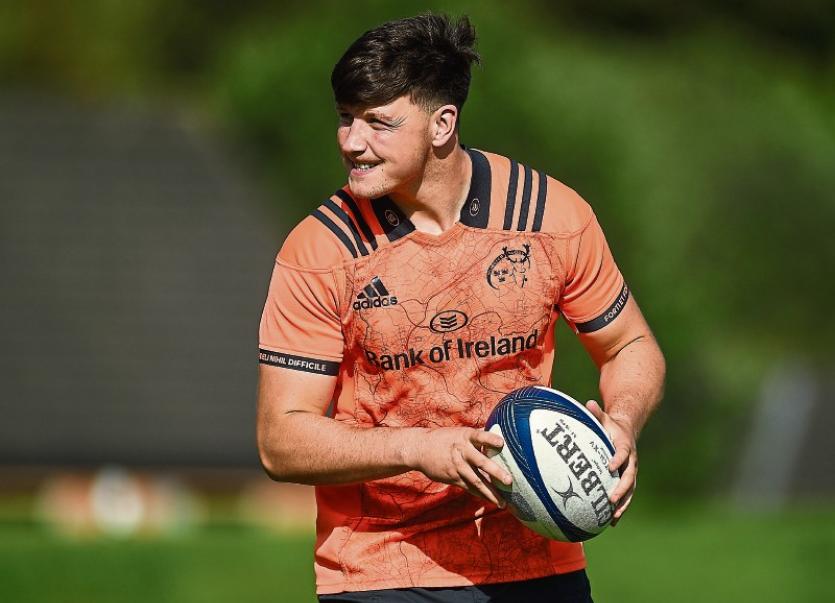 MUNSTER’S Fineen Wycherley has received a three week suspension following his sending off in Friday night’s Guinness PRO14 defeat to Glasgow in Scotstoun.

Wycherley faced a disciplinary panel in Neath via video conference on Wednesday where he received a three week ban.

Wycherley was deemed to be in breach of Law 10.4 (a) – punching or striking: a player must not strike an opponent with the hand, arm or fist, including the elbow, shoulder, head or knee(s).

The academy lock saw red from referee Nigel Owens following the act of foul play against Tim Swinson on the 75th minute.

The Disciplinary Panel, comprising of Simon Thomas (Chair), Rhian Williams and Richard Cole (all Wales), concluded that the player was guilty of reckless rather than intentional behaviour and therefore warranted a mid-range sanction point of six weeks.

Considering the player and the club’s arguments that the action was not intentional and the player’s previous clean record, the Panel applied full mitigation of 50 per cent and reduced the ban to three weeks.

The player is available to play from Monday, October 16, 2017 and was reminded of his right to appeal.