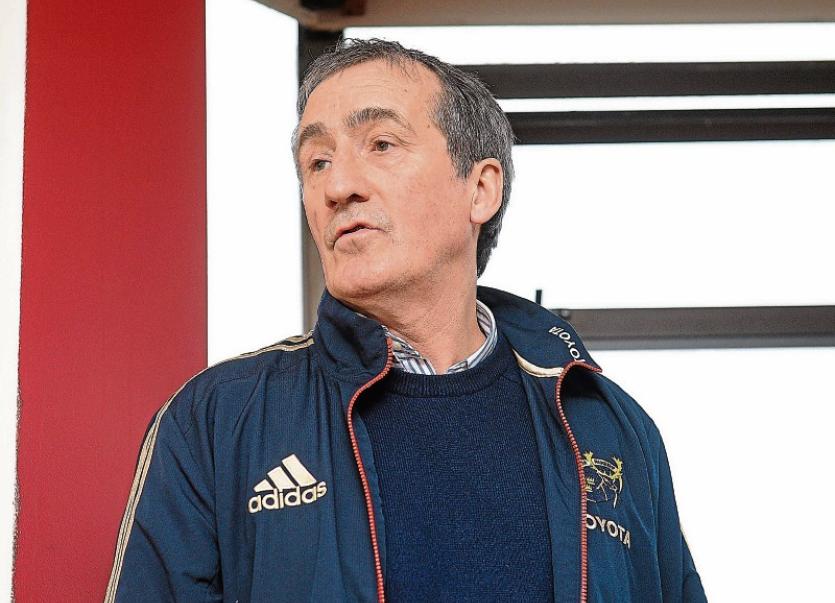 FORMER Munster Rugby press officer Pat Geraghty passed away this week, leaving sport without one of its great characters.

Pat was the Press officer for Munster from when the team turned professional, right through until the club became a worldwide global brand.

Dealing with Pat on a weekly basis was something of a roller coaster. The role of Press Officer was originally designed to help the media get the best stories from the players and management, however, Pat did not see it this way, per se.

Indeed one would have to admire Pat's willingness to protect ‘his’ players from the prying eyes and questions of the press.

Weekly press gigs would often include at least one heated debate between Pat and a journalist. Debates in which there was only ever one winner.

Munster Rugby were only too delighted to have a man who would love nothing more to protect the ‘shield’ when it came to his brand. The press briefings were always short and to the point and were seen as a box ticking exercise more often than not. A point best summed up by Pat himself.

‘These lads are here to play rugby, no one wants to hear what you or them have to say’ - You know, he may have had a point there.

Mr Geraghty, as I would call him, worked off the same media philosophy as his late, great, friend Anthony Foley. ‘Tell them nothing’ and Munster, in both their minds, were ‘better when bitter’ However, Pat was never one to hold a grudge and each meeting began as new.

I am sure as Pat looks down from his final resting place, he will smile as the media becomes more and more part of the Munster week. The press days may be more calm and less confrontational these days, but much like Mr Geraghty, I miss the old scraps. RIP