Rassie Erasmus: 'Munster gutsed it out and that's a positive' 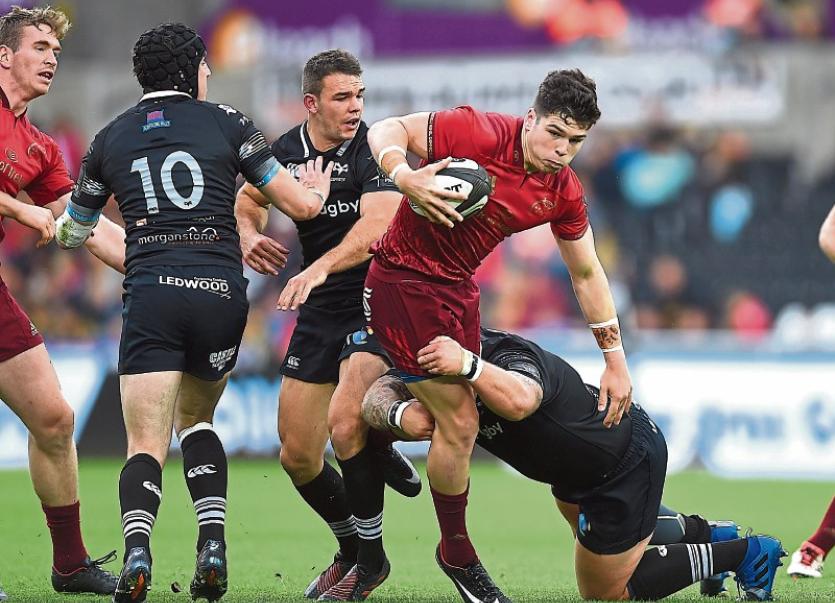 MUNSTER Director of Rugby Rassie Erasmus says continuing to build squad depth is crucial if the province is to push on to the next level this season.

Munster secured their ninth successive away victory in the PRO14 with their hard fought five-point success over the Ospreys on Saturday in Swansea.

Afterwards Erasmus said: “What is happening currently with the likes of Liam O'Connor, Sean O'Connor, there are so many young guys, Fineen (Wycherley), Chris Farrell, who played well tonight, I think when we start leaving guys like James Cronin and Niall Scannell on the bench because we trust the other guys I think we are really building squad depth there.

“I think getting through games like today, the young guys like Sean and Liam and winning games like this, you will build squad depth and then when the likes of Keith Earls and Conor Murray come back you don't have to always rely on them. That will be the secret of having a healthy squad come May.

“It was an ok performance (v Ospreys). The first 10-15 minutes actually set the tone in the game. We had two missed penalties to take it 6-0 and then just a forward pass from Chris Farrell and another player which could have been 15-0. We throw a few points away early in the match and I always had the feeling that it might bite us later in the game.

“Then we got some stability there and we went into half-time really solid and second half then the rain just came down really hard and I think both teams struggled with the conditions in the second half.

“Last years we gutsed out a lot of games, close games. This game was close at the end and Ospreys really had a lot of heart and character to almost score in the final second. But for us not to lose that winning at the death is nice to keep that habit going. It is something that you can easily lose, but we didn't tonight.

“It is an away game against Ospreys who were semi-finalists last year. We have played them now four times in 14 months, so you always feel somewhere the loss is going to come and we gutsed it out and that is a positive.

Asked what Munster's away record in the league is so impressive - with 9 straight wins now - Erasmus said: “We all understand that the pitch is only 70m x 100m. All the fields are the same.

”Last year we learned a lot about ourselves after all the tough times and we are always using things like that to remind us when we go and play away. It is just a normal game. There is no magic bullet.”