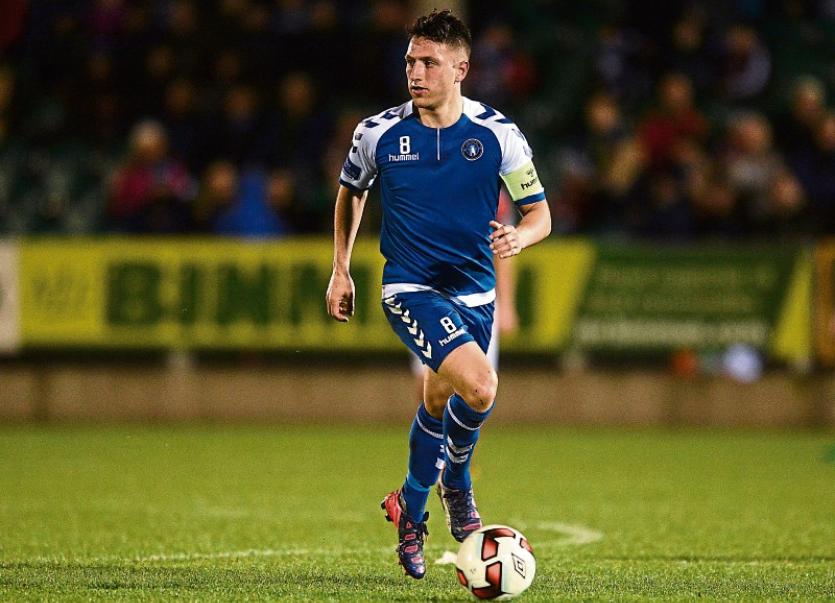 LIMERICK FC advanced to the semi-finals of the Irish Daily Mail FAI Cup for the first time in 23 years with an impressive 2-1 win away to Galway United at Eamonn Deacy Park on Friday night.

Second half goals from Rodrigo Tosi and club captain Shane Duggan ensured that Neil McDonald’s side booked their place in the last four of the cup for the first time since 1994.

Galway pulled a goal back with ten minutes remaining but Limerick held on and now look forward to another welcomed distraction from their poor league form.

After a slow start, which saw the Blues pinned into their own half, they took control of the game coming close in the ninth minute but Stephen Kenny’s effort drifted wide.

Ten minutes later, Kenny was involved again as he crossed towards the back post but Tosi could only watch on as his header failed to hit the target.

The second half continued in the same manner, as Limerick started the better side but Lee J Lynch’s shot five minutes into the was well saved by Galway’s Conor Winn.

Minutes later, the Blues opened the scoring, taking a well-deserved lead through a close-range effort from Tosi following Stephen Kenny’s shot. McDonald’s side doubled their advantage minutes past the hour park to one foot in semi-finals of the FAI Cup.

Galway United threatened towards the end and pulled one back with ten minutes left on the clock, but Limerick witheld some very late pressure from the home side to the delight of the travelling support.