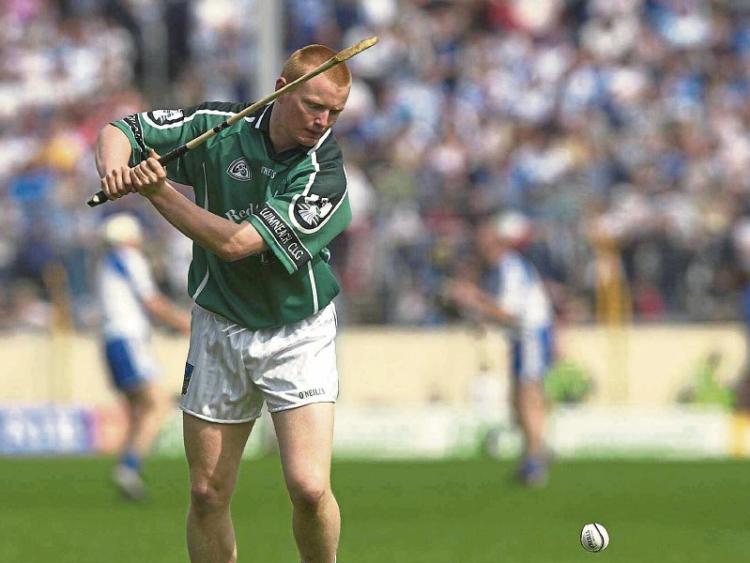 Limerick captain Timmy Houlihan had just collected a long delivery into his goalmouth. The Adare man passed wide to his left, which put Garryspillane wing back Maurice O’Brien in possession between the ‘14 and ‘21 metre lines and pinned to the sideline under Ardan O'Coinneain.

Wexford’s Barry Lambert approached to tackle but a teenage O’Brien brilliantly scooped the sliothar over his head, before catching on the other side and clearing his lines as Dave Keane’s Limerick held on for a two point win in front of 31,413 in Semple Stadium.

O’Brien was then a student in Fermoy’s St Colmans College, which he captained them to Harty Cup and All Ireland honours.

Sixteen years later O’Brien is a coach-selector as Limerick go in search of another All Ireland U-21 title.

“Finals are for bringing your best out and we were lucky at that time that some of us brought our best performances out on final days and that’s key. It’s all well and good to get there but when you get there you have to perform. It’s no good just being in a final. Munster senior finals, Leinster senior finals, All Ireland senior finals I’ve seen teams not perform and it’s all about performing on the day - they are no good unless you win them,” outlined O’Brien.

“I cherish them,” he said of his two All Ireland U-21 titles.

”When you are part of a winning squad like that the memories tend to stay with you that little bit more than when you aren't’ successful. I remember those days like it was last week. Absolutely fantastic times.”

He added: “How much any of that plays a part in imparting information to these guys is minimal enough in essence but from a personal point of view it’s brilliant to have those days to look back on”.

”It’s polar opposite - completely different now to then. What we did, we did well but that was a different time and it has moved on substantially. It is now at where inter-county senior was when I started in 2003. It’s scary how far it has progressing and the worry is how far will it go and what will be asked of players but that’s a question for the next couple of years.”

Still an U-21, O’Brien made his Limerick inter-county senior championship debut in 2003, but never nailed down a regular starting role. He added a Limerick SHC medal with Garryspillane and a Fitzgibbon Cup medal with LIT to his roll of honour. In 2007, O’Brien was a sub when Limerick reached the All Ireland SHC final.

Work then brought about a transfer to the Faughs club in Dublin and a change of  inter-county allegiance.

O’Brien was to be an instrumental part of Anthony Daly’s Dublin senior hurlers over a four year period, winning a Leinster SHC and Allianz Hurling League title.

“I’ve had great knowledge passed on to me over the years and it’s brilliant to get an opportunity to replicate that to these young players. I’ve worked with fantastic guys and hope I can bring some of that with me,” he said of his move from inside the white lines to coaching.

The Winter of 2015-16 saw O’Brien return home to Limerick and fast year he moved into management when guiding Ahane in the Limerick SHC.

Then came the call from U-21 manager Pat Donnelly.

“We all knew the calibre of player involved and the possibilities that came with that and I was delighted to get involved and work with them and have enjoyed it immensely,” he said of the 2017 Limerick U-21s.

”I have been away obviously for a good while but have seen them growing up and would have seen them from a distance and their potential and what they were capable of and the quality they have.”

”We are facilitators in the whole thing - this is a strong group with strong leaders and they drive themselves. We have faith in them that they will drive it in the right direction and they have all year. We have that trust in the players and players have that trust in management. They self-motivate themselves a lot of the time and that’s brilliant to watch and of course if things are not right we step in but what they do for themselves is fantastic,” explains O’Brien.

”We are all set and really looking forward to this. We just have to apply the finishing touches to what has been a good year so far but there is still very much unfinished business,” he said, revealing a schedule of “80+ sessions done since the start of the year”.

”We did all gym work pre-Christmas with a big enough panel of players and had a couple of trial games prior to Christmas. From the first week of January we did one field session a week combined with a gym session and gradually built that up as we went along. The Summer months were akin to senior inter-county with training a couple of times a week.”

“We are facing an extremely good team and it’s very much for this group of guys it’s a fantastic opportunity to right the wrongs from their minor final three years ago. You don’t in sport get too many opportunities to right your wrongs. At the moment it’s only an opportunity and they have that chance if they can perform on the day.”

”It’s all about winners at the end of the day.”