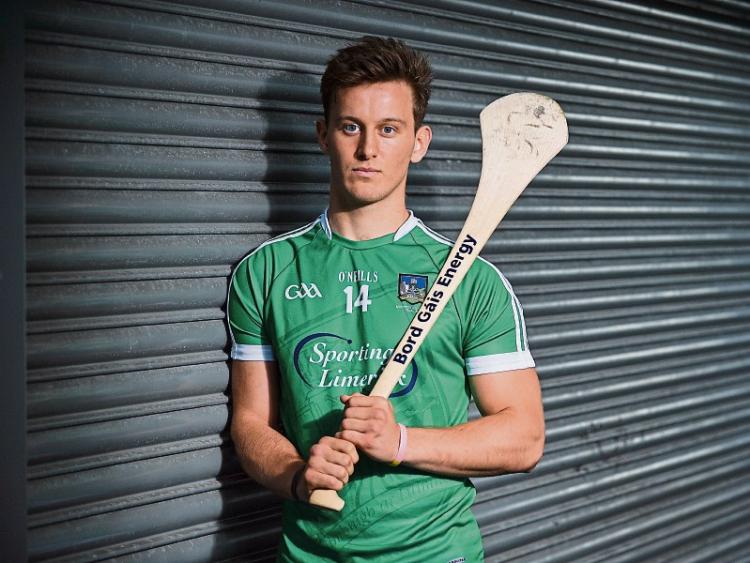 TOM Morrissey doesn’t shy away from the fact that revenge is a motivating factor for Limerick in Saturday’s All Ireland U-21 final.

The Limerick captain is one of 10 of the starting team that was also in the line-up three years ago when Kilkenny won the All Ireland minor final meeting of these sides.

“It’s such a regret when you feel you didn’t hit your best and just fell short by a small margin - four points on the day. We just didn’t hit our best and definitely that is something we want to rectify. I know its U-21 now and we can’t ever get that minor medal again but this might in a small way fill that regret if we do manage to win on Saturday,” said Morrissey at the Limerick U-21 press event on Monday August 28.

”Since we set out at the start of the year and while we were taking it one game at a time, definitely the All Ireland, since we got there in 2014 in the minor grade, was a target,” outlined the Ahane man.

From the outset of the championship last May, the bookies had both Limerick and Kilkenny at short prices to reach this final.

”They did have a really good Leinster campaign and won most games at their ease and with a lot to spare. We are going to go in confident but definitely won’t be cocky. They proved to us in that minor final what a good team they are. I read somewhere they have 11 of that starting 15 from the All Ireland minor final that lined out in the Leinster U-21 final – I think it really is 50-50,” said Morrissey.

”The way Kilkenny play a 15 v 15 game will suit us. It will be huge to win the middle third because I think that will dictate who wins this game. Get on top there and set a right good platform for the whole team to kick-on,” he said.

Morrissey insists that Limerick  aren’t burdened by the favourites tag.

The Pat Donnelly managed Limerick U-21 hurlers have been hot favourites in each of their five games this evening and from the outset of the championship were the bookies favourites to win a sixth ever title.

Although Kilkenny were four point winners when Saturday’s finalists met in the 2014 All Ireland MHC final, Limerick are the 8/13 favourites to beat The Cats in Thurles.

The Limerick captain believes that his side have used the favourites tag as a positive.

“We seem to thrive on it more than anything and while there was expectation is also gave us the belief that we were better than the teams we were going out against and that was a huge part of getting us through matches and to where we are,” said Morrissey

”Especially in the Munster final when we were under the cosh a bit but we still had the expectation and belief that we were going to win and it saw us over the line,” explained the Ahane man.

”It seems to be ingrained in this team since minor - over the last number of years no matter who we are against we just seem to be optimistic and confident but not cocky and that’s a good balance and it works for us. We believe in each other more than anything when we go out onto that pitch. When we get into situations that seem sticky we always seem to pull through,” said Morrissey, one of 14 members of the 26-man Limerick panel that are chasing their second All Ireland U-21 medal.

”We had a good batch at this age and the years below us have added to it as well. I think we have contested for nine trophies so far and won five and this will be number 10 on the line and hopefully we can finish our underage careers with six out of 10 - four Munsters and two All Irelands.”

Morrissey was full of praise for all who helped towards the already won silverware.

”We have to give huge credit to people like Joe Quaid, Don Flynn and Ray Ryan from U-14 up and then Brian Ryan and Jerry Wallace at minor and all them played a huge part in this team progressing. Then John Kiely managed the U-21 in 2015. All played such a huge part in our player development, individually and collectively and they instilled a winning belief and mentality in us.”

He continued: “You do feel that you are progressing, although last year there was a slump because we got knocked out of this competition early and the seniors didn’t kick-on. Maybe there is a feeling that it’s two steps forward and then a step back but individually it feels like we are going forward, especially when you have this to reinforce why we are doing this and gives you the drive to go further.  Saturday is going to be the end of our, well a lot of this group’s, last game underage with Limerick and it would be nice to go out on a high.”

On Saturday, the UL student bids to follow in the footsteps of Gus Ryan, Donnacha Sheehan, Peter Lawlor, Timmy Houlihan and Diarmaid Byrnes as a Limerick All Ireland U-21 winning captain.

”Of course it would be nice to be a winning captain,but I am just focused on taking it as a normal game until hopefully after the final whistle when it might hit home what a privilege it is to lead your county. Treat it like everyone else, another game that I hope to play well in and hope to help the team win.”

”It wouldn’t be just the captain talking in the dressing room or anything like that - this team has leaders who like to talk and leaders who just get down work and have a good attitude.

That is why we have been so successful because no matter who has a bad game there is always someone that is going to grab the game and step up and we have seen that in the past and it could be a key element why we will win.”