Rassie Erasmus: 'It was a solid start for Munster' 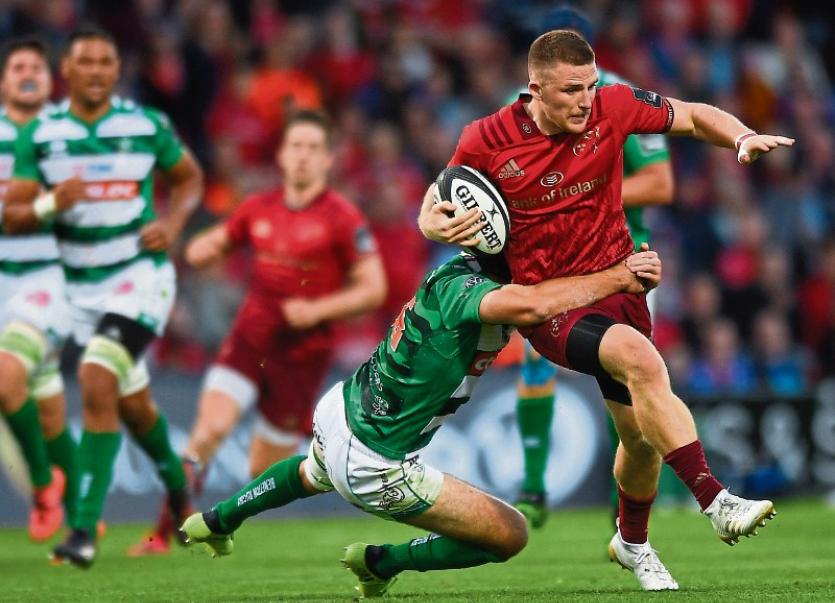 Man of the Match, Andrew Conway, of Munster, is tackled by Ian McKinley of Benetton Rugby at Musgrave Park

MUNSTER Director of Rugby, Rassie Erasmus has described his side’s bonus point, opening round Guinness PRO14 win over Benetton Rugby as ‘solid, but not perfect.’

Erasmus charges ran in six tries, five in the opening half, to thump their Italian opponents 34-3 at Musgrave Park on Friday night.

Next up for Munster is an historic fixture with competition newcomers the Cheetahs, from South Africa, at Thomond Park on Saturday afternoon, 5.15pm.

Erasmus said: “I think we got out of the game what we wanted, firstly, a win, because we were a bit nervous about Treviso. They made some good signings in the off season and they had a good run out against Leicester and we thought it would be a tough game.

“It was pretty tough, you know, the second half we only scored seven points and there was a stage until we opened them up with those line breaks from Andrew Conway. So, a solid start, not perfect but five points, we'll take it.

“We were playing with the wind in the second half and whether we were far enough ahead or even if it was close we were always going to get guys like Dan (Goggin) and James Hart and Fineen Wycherley, and Sean O'Connor we wanted to see at five lock.

“We wanted to get (Robin) Copeland back into the mix, Mike Sherry into the game and also guys like Brian Scott and Ciaran (Parker) – so we made all those changes, Ian Keatley at 10 and Tyler Bleyendaal to 12.

“So when you do that, sometimes you get the game time that you wanted but you also lose some rhythm and I think that's what happened in the second half. Then again, I thought it was a great defensive exercise in the second half.”