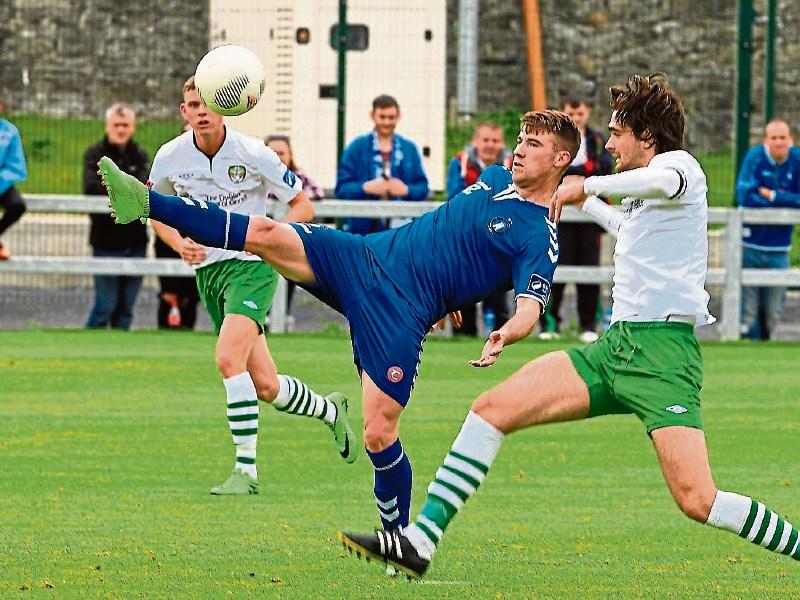 Coughlan in action for Limerick FC

Coughlan, who was initially selected to attend the World University Games in Tapei this month, was recalled by Limerick FC manager Neil McDonald.

Coughlan scored in Limerick FC’s recent FAI Cup win over Cobh Ramblers, while also setting up the winning goal for David O’Connor in last week’s round of 16 win over Finn Harps.

To facilitate a move to New Zealand, Garbhan Coughlan has been released by LFC by mutual consent. We'd like to thank Garbhan & wish him well pic.twitter.com/Hf3E2awqvr

Limerick must now prepare for Friday night’s clash with Finn Harps without one of their most attacking potent threats.

Garbhan signed for Limerick FC at the start of the 2010, breaking into the first team that season, scoring on his debut away to Longford Town in September.
He went on to score twice in eight league appearances that year and made a further 12 league appearances in 2011 and seven more in 2012. In February 2013 it was announced that Garbhan would join Athlone Town on-loan.

After spending the season on-loan Coughlan joined Athlone on a permanent basis for the 2014 campaign in the First Division. He went on to score five times in 15 league appearances for the Midlands club before leaving before joining his local club Regional United for the 2015 season.

Garbhan impressed during his spell with Regional and in January 2016, he returned to Limerick ahead of the 2016 First Division season. Limerick won the First Division title that year and Garbhan weighed in with five goals from 19 league appearances, before returning to the club in the Premier Division in 2017.
ᐧ