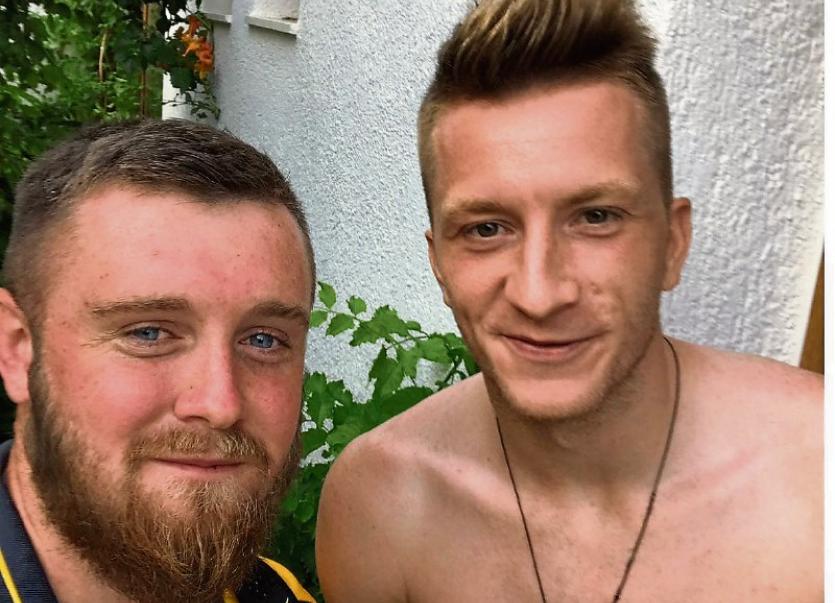 IN the latest installment of ‘Coaching Clinic’ David Byrne chats to Limerick's Evan Doran, a football coach with Arsenal Football Club, who is currently working in Greece for the famous London Club.

Doran is an academy coach with Arsenal, who just wanted to follow his dream:

What has your coaching journey been like so far?

Evan Doran: “The journey has been fantastic and it couldn't have turned out any better for me. I heard of a program with Arsenal, so from there, I had tunnel vision and went for it.

“The first time I ever coached was in CBS Sexton Street so from there I started to turn away from the playing side and started to look at coaching.

“When I moved to London, I had no idea at the beginning. I didn't know the first thing about coaching and now fast forward four years and I'm training some of the best professional football players in the world.”

Was becoming a coach always a dream of yours?

ED: “I never had the image of coaching in my head until I turned 17/18 years old. I always wanted to become a footballer but I just wasn't good enough. However I didn't let that stop me from perusing a career in football and now that I've experienced life as a coach I wouldn't change it.”

You recently met Zinedine Zidane, what advice did you offer him?

ED: “It wasn't so much me giving him advice but the other way around. You would be crazy not to ask someone of that magnitude for career advice

”We had a chat. I told him about my journey so far and I was so surprised by what he said, he basically told me that it's ‘really good that I'm chasing after what I want’  and that ‘I'm very brave to be doing it’.

“He then told me that when he was my age he didn't have the coaching experiences that I'm getting right now so in those terms the sky's the limit.”

What advice would you give to young players starting off playing football?

ED: The advice I would give is to have fun regardless of how good or bad you are and when you are a little bit older then to take it serious, build your love for football up.

”Practice as much as possible but also to put yourself in difficult positions to grow as a player because if you always take the easy way you'll never develop.”

Do you think it is vital to get young children involved in sport?

ED: “Yes it's massively important, the future of football depends on it but in my opinion there's more positives than negatives for football in this digital age.

“It's easier for kids to watch and see their favourite players and to learn new things,  so by doing this there will be a bigger interest and self belief to go and play the game.

What has been your best coaching experience so far?

ED: “There has been so many amazing experiences so far but for me it was coaching in a academy in Delhi, India

”The academy is a branch of Arsenal so there I had very good quality young players that  were so dedicated to football. What I loved about it so much was you could see the players grow and get better day by day.

”We would train all week and every weekend we would have a match so you would watch your team play and see what they needed to work on.”

What attributes does a good coach need?

ED: “A good coach isn't just judged on what he can do on the pitch or training ground but what they also do off it.

”The coach is seen as mature and responsible figure, so if you’re a coach you need to think about what things you get up to in your personal life away from football.”

Is there a reason, that there hasn't been a Limerick based player to play for Ireland in recent years?

ED: “The main reason I believe is commitment.  It's very hard for someone who has school/work to put all their time into what is needed to make it in football.

“After this I believe it's the lack of development facilities, if you compare to England or even Dublin there is just so many academies and so many teams that focus on youth.”