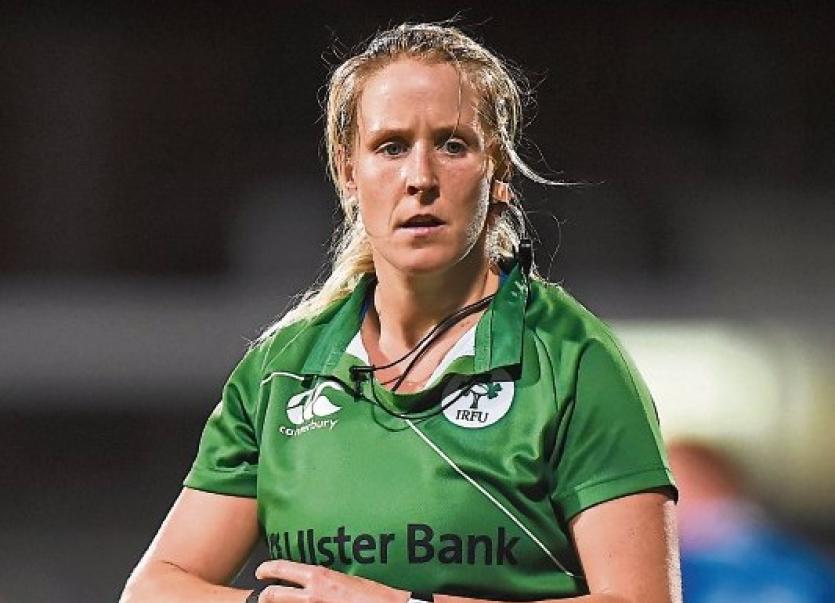 The final, between England and New Zealand, takes place this Saturday night at 7.45pm in Belfast. The Kingspan stadium will play host to several games on the day, including Ireland versus Wales at 2pm

The announcement is official confirmation of Neville's position as the World's top female referee.

A Grand Slam winner in 2013, Neville who won 70 caps for Ireland and played at the 2006 and 2010 Women's Rugby World Cups took up refereeing following her retirement from the game.

She became the first women to referee an Ulster Bank League Division 1a game and has risen through the ranks as part of the officiating teams for the PRO12 and European competitions. She set down a marker in October 2016 when she became the first female assistant referee of a European fixture when she ran the line at the Bath v Bristol game in the Challenge Cup.

David McHugh, IRFU Referee Performance Manager, said, "Joy has proven time and again her ability as a referee. She has an astute rugby brain and great empathy for the players and this combination coupled with a strong work ethic, has enabled her to continue to reach new heights as a referee. We are incredibly proud of her latest achievement and wish her well for Saturday's final.”

Fellow IRFU referee Sean Gallagher will take charge of the 9th place play-off between Italy and Spain at Queens.

On Friday evening at Donnybrook John Lacey is the man in the middle for the pre-season friendly between Leinster and Bath while on Saturday morning Andrew Brace is AR2 for the Rugby Championship fixture between New Zealand and Australia at the Forsyth Barr Stadium in Dunedin.

On Saturday afternoon George Clancy takes charge of the pre-season game between Connacht and Bristol at the Sportsground. 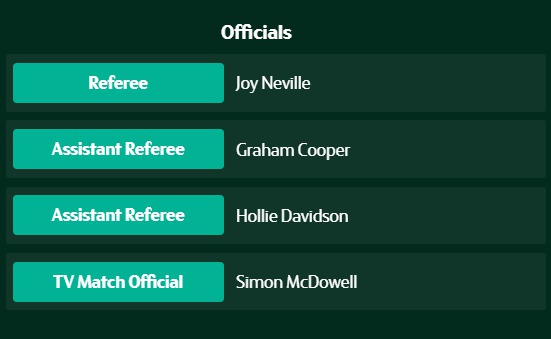