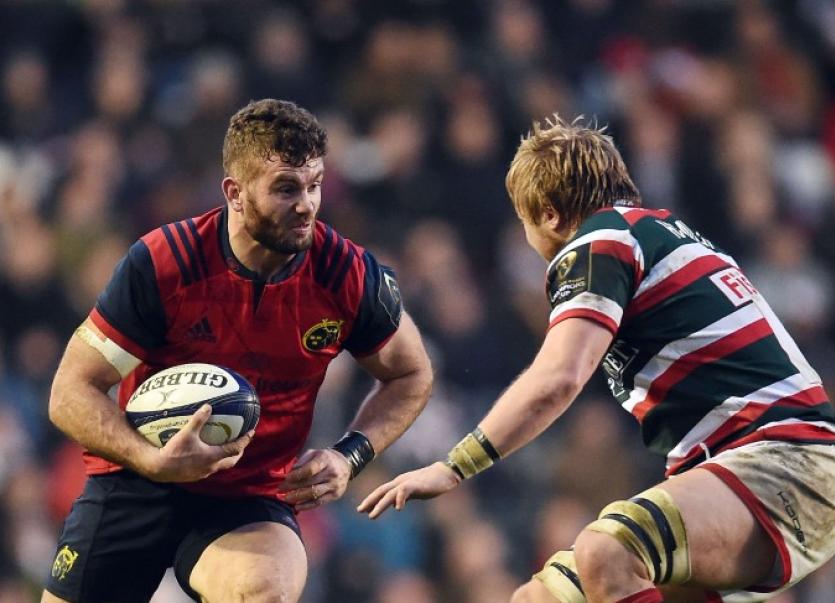 MUNSTER Rugby today learned of the fixture dates, kick-off times and broadcasters for rounds 1 to 4 of the 2017/18 European Champions Cup.

Drawn in Pool 4, Munster will open their new campaign away to Castres Olympique, whom they face for the first time since 2012, at the Stade Pierre-Antoine on Sunday October 15th at 1pm (Irish). 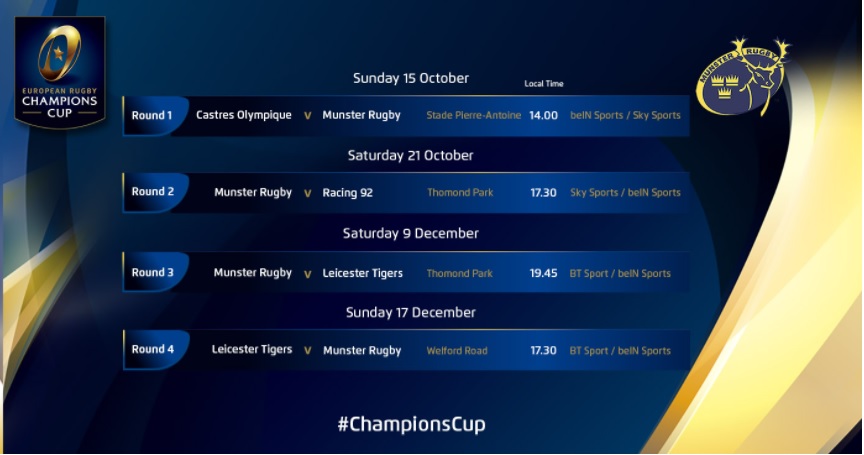 For the second season in a row Munster go head-to-head with Ronan O'Gara and Donnacha Ryan's Racing 92 at Thomond Park in round 2, on Saturday October 21st at 5.30pm.

Once more Munster will host Leicester Tigers at Thomond Park in round 3, Saturday December 9th at 7.45pm, ahead of the return encounter at Welford Road the following weekend, Sunday December 17th at 5.30pm.

Details of round 5 and 6 fixtures will be confirmed by EPCR following the completion of round 4 in December.