Munster to face Connacht in closed training game on Friday 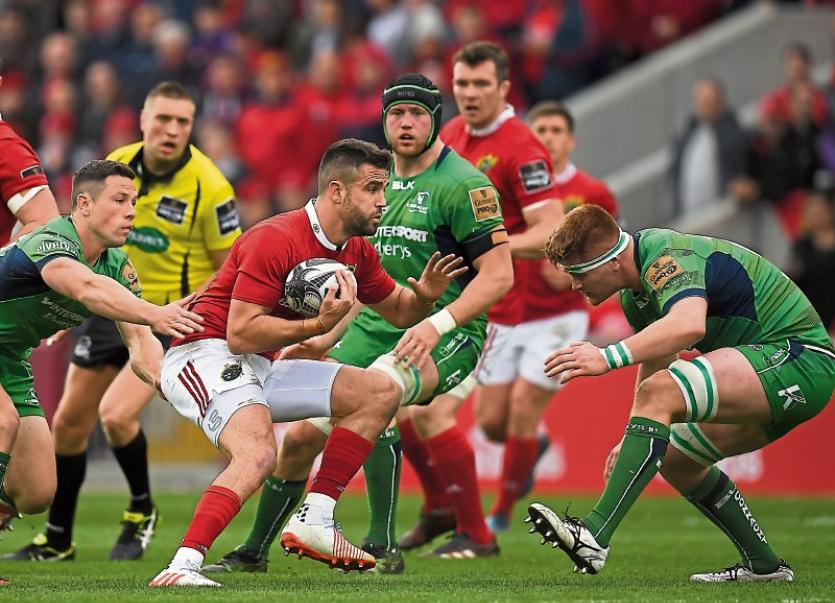 MUNSTER will take on Connacht in a closed training game at the Sportsground in Galway this Friday as the province’s steps up preparations for the new Guinness PRO14 season.

Munster are currently in week eight of their pre-season schedule with just under three weeks remaining until the start of the competitive season against Treviso at Musgrave Park.

As part of their build up to the all-new Guinness PRO14 Championship, an extended Munster squad will play Connacht in a closed training game at the Sportsground this Friday.

The game will be used as a training exercise ahead of Thursday week’s Munster’s preseason clash away to Worcester Warriors when the province will take on former players Donncha O’Callaghan and Peter Stringer.

Munster squad captain Peter O’Mahony returned to the High Performance Centre yesterday, Monday, and will follow a tailored programme as he is integrated into preseason over the coming weeks.

Fellow British and Irish Lions, Conor Murray and CJ Stander, will return to the Munster fold next week.

The returning Irish internationals continue to step up their preseason involvement with each week ,with Simon Zebo now back in full training following the knee injury he sustained on the summer tour to the USA and Japan.

Meanwhile, Tommy O’Donnell is another back in full training having successfully rehabbed the ankle injury that saw him miss the summer tour, with Robin Copeland and JJ Hanrahan, both shoulder, now after progressing to modified training.

Conor Oliver continues to be assessed for the shoulder injury he sustained in Week 4 of preseason.