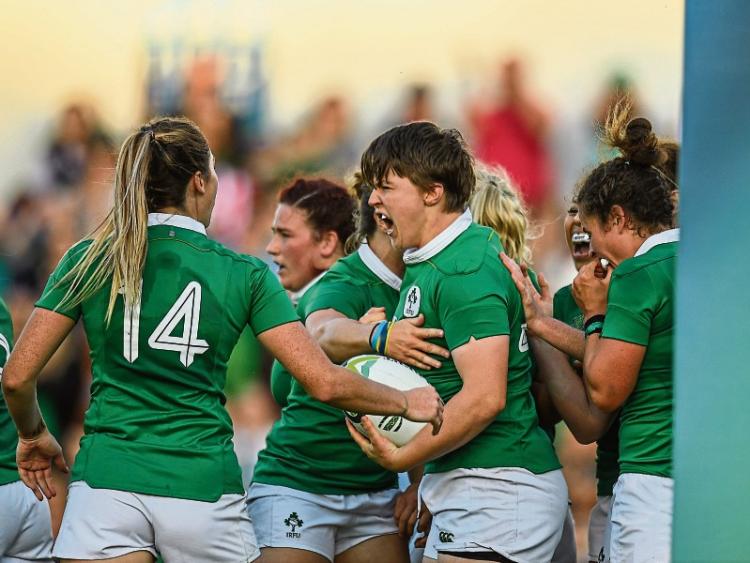 REPLACEMENT Ciara Griffin, of UL-Bohemian, struck for a vital second half try as Tom Tierney’s Ireland side opened their Womens Rugby World Cup bid with a tense 19-17 victory over Australia in UCD on Wednesday night.

Limerick man Tierney will now set his sights on preparing his charges for Sunday’s second Pool C fixture against Japan also in UCD, 5.15pm, Live on RTE and eir Sport.

A scrappy first half full of bruising hits ended 7-5 in Ireland's favour, Larissa Muldoon striking first for a 20th-minute converted score before Mahalia Murphy - one of three Sevens regulars in the Australian side - ran in a snappy effort near the half hour mark.

Tigerish flanker Griffin drove in under a couple of defenders for a vital try - converted by Nora Stapleton - just a few minutes after her introduction.

Spence added try number three in the 70th minute, also crashing over from close range, to give Ireland some rare breathing space. Australia made them sweat right to the finish thanks to a Hilisha Samoa try, converted by Ashleigh Hewson, but the girls in green pocketed four very hard-earned points in Pool C.