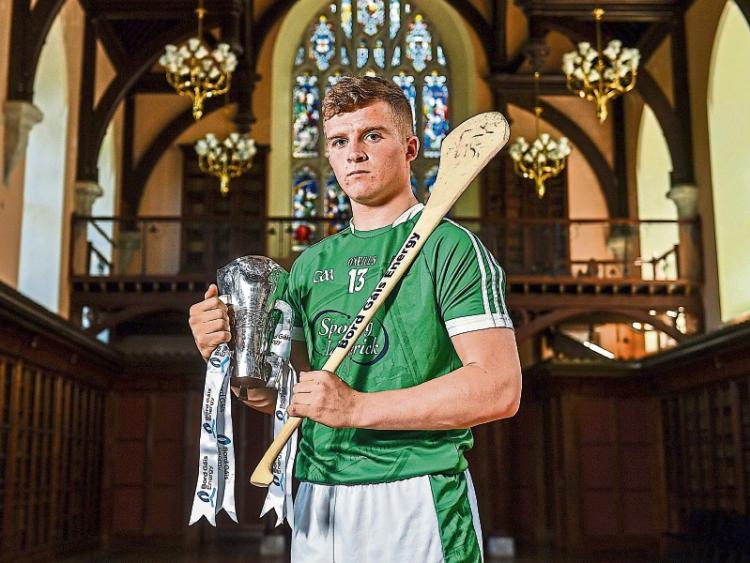 PETER Casey turns 20 this month and his honours list is already impressive. But he is missing a Munster U-21 hurling championship medal. The Na Piarsaigh teenager is an All Ireland U-21 winner, but this Wednesday evening goes in search of his first provincial medal in the grade.

Limerick have worked with a 37-man panel in preparation for this evening’s Munster U-21 final - 14 of the panel hold All Ireland U-21 medals from two years ago.

But like Casey, Barry Nash and Seamus Flanagan are All Ireland winners, but not Munster winners.

“Any medal that you don’t have is one that you want,” stressed Casey.

“I am sure the lads that have the medal from two years ago are just as anxious to get another one. When you are in a final, you want to win and the lads aren’t just happy to have one, they want another,” said the LIT student.

Casey holds All Ireland medals at U-21 and club level.

He holds Munster medals with the Limerick minors, Ardscoil Ris in the Harty Cup and White Cup and another with Na Piarsaigh.

“A Munster final is a great place to be - I woke up this morning and isn’t it a great feeling to have a Munster final to look forward to,” he said this Monday when speaking in UCC at a media event with U-21 sponsors; Bord Gáis Energy

“Any Munster final is massive and we are really looking forward to it. This is really important for Limerick,” said the corner forward.

“It’s brilliant to be in a Munster final and at the end of the day all we want to do is win this game and the title.”

He added:” I am a nervous lad - if I was only playing tennis I would be nervous but that’s just before the game. I don’t think it really affects me in the actual game. A Munster U-21 final is a massive thing but I am looking forward to it”.

Casey was one of seven U-21s to play senior championship with Limerick this season and the U-21s has been a welcome distraction from an early senior exit.

“From a senior point of view, it didn’t go as well as we would have liked,” he said.

“We had two games, losing to Clare and Kilkenny, but we’re a young team and I’ve no doubt we’ll come back stronger next year. There are eight or nine lads involved in the senior and U-21 grades so it’s grade to have balance between them. To be fair to the two managers, they’ve managed it very well and there was nobody in danger of being burnt out. From that point of view, it’s been all positive,” outlined Casey.

"We know that there is talent in Limerick still, so I wouldn't be worrying too much and look, we're really looking forward to next year and Wednesday night," he said.

The bookies make Limerick the 2/7 favourites, but Casey and Limerick won’t be complacent.

“They’re going for the treble this year in Munster so it’s going to be a massive test, but one we’re all really looking forward to. Playing at home is a help, I’m sure Cork would love if they were at home too, but Cork hurling is really on the up. There’ll be a huge Cork crowd there I’m sure, especially when they are going for the Munster treble,” said the Na Piarsaigh star, who scored a goal in the win over Clare and 0-3 in the defeat of Tipperary.

He added: “I watched their semi final against Waterford and they were impressive and will be even better for a final”.

Traditionally the U-21 championship produces exciting encounters and Limerick’s last two titles - 2011 and 2015 are testament to that. Casey is expecting that trend to continue.

He continued: “I’m sure the two teams will be going at it hammer and tongs. If you looked at the game yesterday (Waterford v Wexford senior quarter final), anyone in a full-forward line would hated it. From that point of view, you love it when it’s one-on-one and I’m sure the backs love it as well!”

”That's what makes the U-21 Hurling Championships so good. It's so unique that you only have one chance. It's possibly everyone's last game in the Championship, so you have to be on your A game."