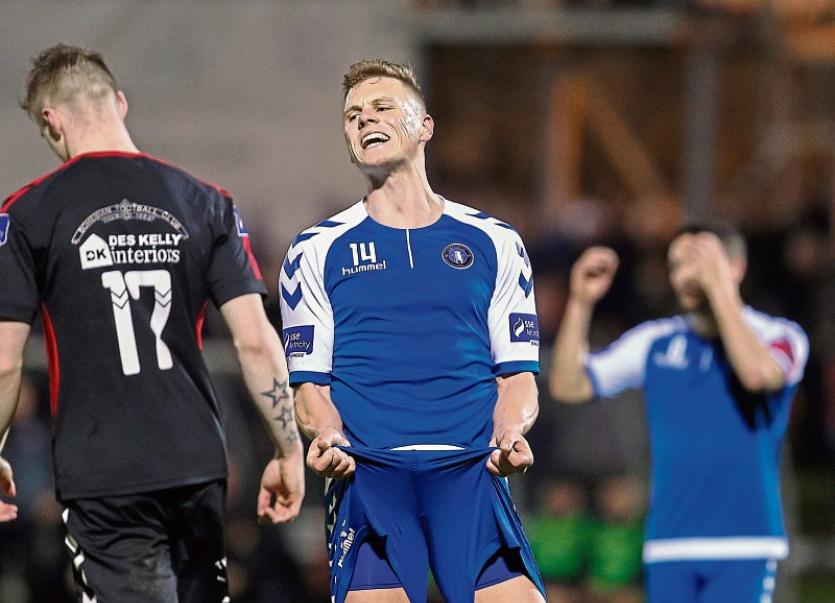 LIMERICK FC have confirmed that winger Ian Turner has left the club by mutual consent.

Cork native Turner joins the Dublin based club and will go straight into Liam Buckley's squad for Friday's game with Drogheda.

The Super Blues have thanked Turner in a statement, praising the 28-year-old for his "professionalism and dedication during his time here and wish him all the best for the future".

The winger returned to his hometown club Cork City prior to the start of the 2016 season after two seasons with the Shannonsiders.

First team opportunities have been limited for Turner following the departure of Martin Russell in April.

He first joined Limerick on-loan from Cork during the summer transfer window in 2014 and joined permanently in time for the 2015 season.

Following a disappointing season that saw Limerick relegated, despite a resurgence in the second half of the season, Turner rejoined forces with John Caulfield at the start of the 2016 season.

Limited first appearances in Turner's Cross forced the young midfielder to return to the Markets Field at the start of this season.

With less than a week left in the open transfer window Neil McDonald will be searching for an immediate replacement ahead of Sunday's vital away clash with Derry City.

Following the closure of this transfer window on July 31, Limerick can only sign amateur players who are free following conclusion of their season and out of contract professionals.