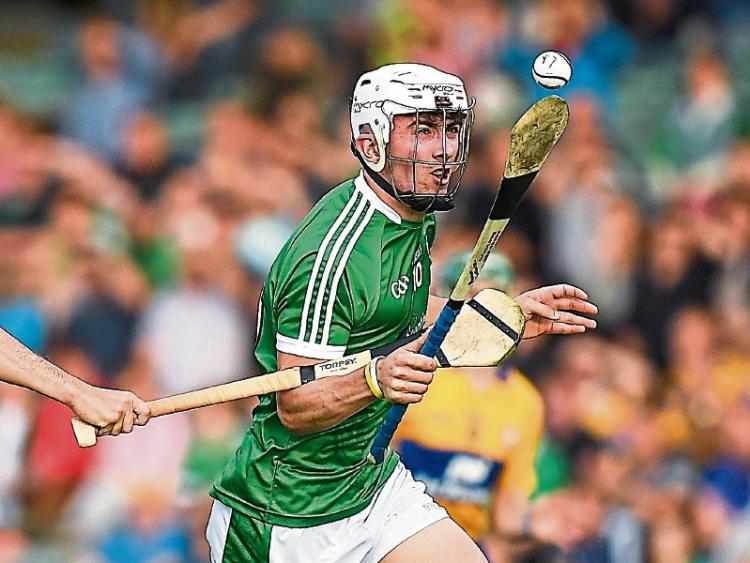 TOP scorer Aaron Gillane looks set to be named in the Limerick team for Wednesday’s Munster U-21 Hurling Championship Final after allaying fears over his fitness.

The Patrickswell man suffered a knee injury in training last week ahead of the final against Cork and was sent for a scan.

However, the Limerick free-taker is expected to train fully this evening and take his place at wing forward on the team.

Manager Pat Donnelly will announce his starting 15 after this evening’s training with every likelihood that he will give a vote of confidence to the side that had 13-points to spare over Clare in the semi final.

Gillane has scored 23-points enroute to Wednesday’s final with eight sparkling points from play earning him the semi final Man of the Match award.

While Limerick look set to select from an injury free 37-man panel, Cork will be without midfielder Darragh Fitzgibbon. The Charleville man was sent off in their semi final win over Waterford and on Saturday failed in his appeal to have the red card overturned.

It does appear that fellow Cork senior Luke Meade will be available – a team-mate of Aaron Gillane in Mary Immaculate College’s Fitzgibbon Cup winning team, Meade missed the Waterford game due to injury.

While the bookies make Limerick the 2/7 favourites to win an eighth Munster U-21 hurling title, Limerick manager Donnelly is warning against complacency.

”They will improve on their semi final and we will need to too. This will be a difficult final but if we can play to our best, I have said all along that it will take a good team to beat us,” said Donnelly.

Wednesday’s final in the Gaelic Grounds has a 7.30 start and is live on TG4. Tickets are on sale from Centra and SuperValu outlets and online.