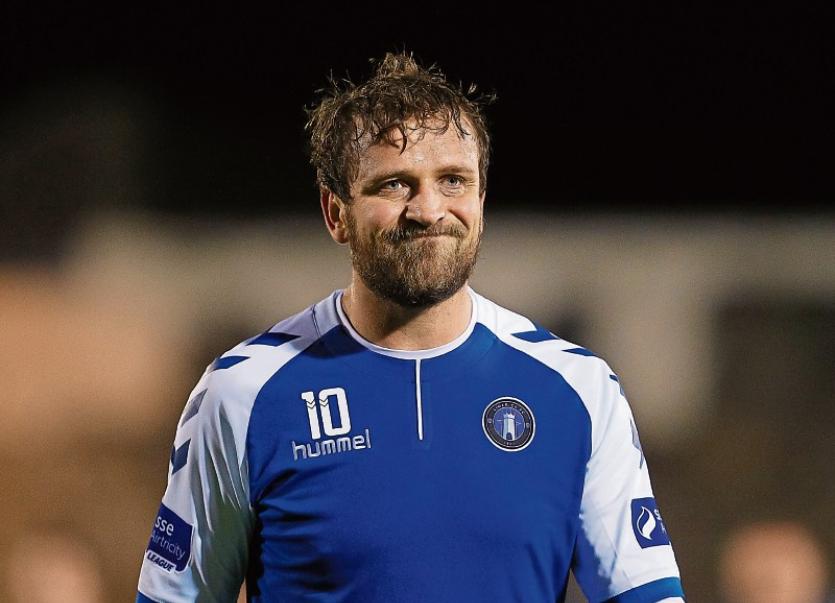 INCONSISTENT Limerick FC played out a frustrating scoreless draw with Sligo Rovers in the SSE Airtricity League Premier Division at the Markets Field on Saturday night.

The draw leaves Neil McDonald’s side in mid-table, only six points ahead of the relegation zone as their hopes for a European qualification spot finish took another blow.

The Super Blues nearly ended a lacklustre half on a high but Tosi’s curling shot on the verge of half-time was well saved by Michael Schlingermann in the Sligo goal.

The introduction of John O’Flynn and Stephen Kenny fifteen minutes into the second half seemed to give the hosts a new lease of life as Limerick upped the tempo but it wasn’t to be for a battling Super Blues side.

This was Limerick’s first clean sheet in seven home league fixtures, with the visit of Drogheda United back in mid-April being their last.

Saturday’s home draw will leave a huge dent in Limerick’s hopes of securing European football for next season as the Blues now have two difficult away games in upcoming weeks.

Next up for Limerick is a difficult away fixture, as McDonald’s side travel to take on Derry City at Maginn Park, Buncrana on Sunday next, 5pm with a trip to the champions Dundalk on the following Friday, 7.45pm.