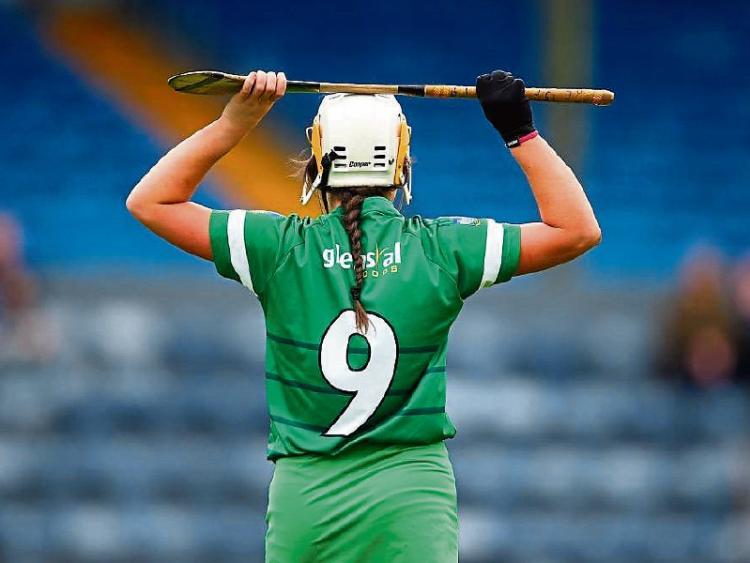 LIMERICK exited the All Ireland Senior Camoigie Championship this Saturday evening following a 1-13 to 0-11 defeat to Wexford.

Limerick needed to win this final round group game in Bruff if they were to reach the quarter finals, but defeats to Wexford, Offaly and Cork and just a win over Tipperary’s wasn’t sufficient to end the wait for a place in the knockout stages.

Cork topped the group and reached the semi finals with Wexford and Tipperary reaching the quarter finals.

Limerick, Tipperary and Offaly actually all ended on three points but Tipperary had the best scoring difference, so progress.

The visitors to Bruff laid the foundation in the opening two minutes with 1-1 without reply – Joanne Dillon getting the goal.

Caoimhe Costelloe and Niamh Mulcahy hit back and it was 1-3 to 0-5 after 10-minutes.

But Limerick couldn’t get level and were to score just once in the next 15-minutes – a Mulcahy free.

Wexford were 1-8 to 0-6 ahead until a late rally from Limerick with Mulcahy (free) and Caoimhe Lyons scoring in injury time.

Limerick were favoured by a gentle crossfield breeze in that opening half and hit five wides, compared to just one for Wexford.

Costelloe had Limerick off the mark after 30-seconds of the second half but weren’t to score again for 25-minutes!

Credit Limerick there was a late charge with Mulcahy’s sixth pointed free and Karen O’Leary on the mark.

Limerick forced five late ‘65s and all were dropped into the goalmouth but there was no late goal and Limerick fail to make the knockout stages for a third successive season since rejoining the senior ranks.