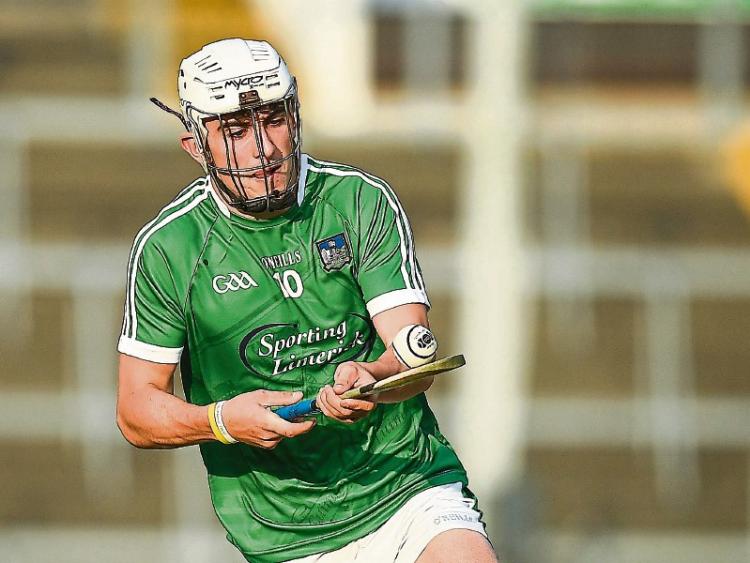 Limerick's Aaron Gillane is blazing an U-21 scoring trail

WHAT a nine months for Aaron Gillane and that’s ahead of the Munster U-21 Hurling Final next Wednesday.

On October 23 last Gillane was central as Patrickswell ended a 13 year wait for Limerick SHC in style with an emphatic 1-26 to 1-7 final win over Ballybrown.

That earned him a call-up to John Kiely’s Limerick senior panel and played in the Munster Senior Hurling League.

But he didn’t make the cut for the 36-man Allianz Hurling League panel, confirmed on February 2.

By March 16 he was back in the panel after a blistering Fitzgibbon Cup campaign for Mary Immaculate College. Gillane fired 3-6 in a win over Dublin IT, 2-10 in the quarter final, 0-12 in the semi final and 1-5 in the final against IT Carlow.

On June 4 in Thurles he made his Munster SHC debut as a substitute against Clare.

Three years ago Gillane was part of Brian Ryan’s Munster MHC winning panel but his lot was the final three minutes of the semi final win over Cork.

Fast forward three years and Gillane is very much a vital cog as Limerick again face Cork – this time in a Munster U-21 final.

“I am lucky to be finally playing a few matches and want to hold onto my position,” said Gillane, who started against Cork last season but didn’t make the team for the next outing against Tipperary.

Now his in fifth year with the Patrickswell senior team, Gillane places a firm stock on club form.

“If you are 16 or 17 and training with the seniors, they will get you well used to it.”

The Fitzgibbon Cup was his next step on the ladder to top level hurling.

”It’s all a learning curve – you come up against some teams there and they have the best of county players,” he said of the Fitzgibbon Cup.

Ahead of Wednesday’s final, Gillane is hoping experience can be to Limerick’s benefit.

”There are a few of the boys that played in the All Ireland final in 2015 and just think of the amount of big matches that they have played in – they are well used to it. We won’t be thinking about the occasion, just focusing on a strong challenge. We still have a bit of work to do. At the start of the year there were 8/9 of us on the senior panel and we rarely got to train with the U-21s except for matches. To get the win against Tipperary, especially when we hadn’t being training together all the time, was very big. Now we are all well used to eachother,” explained the Patrickswell sharpshooter ahead of the Munster final.