Ivan Morris - South of Ireland has gotten its mojo back 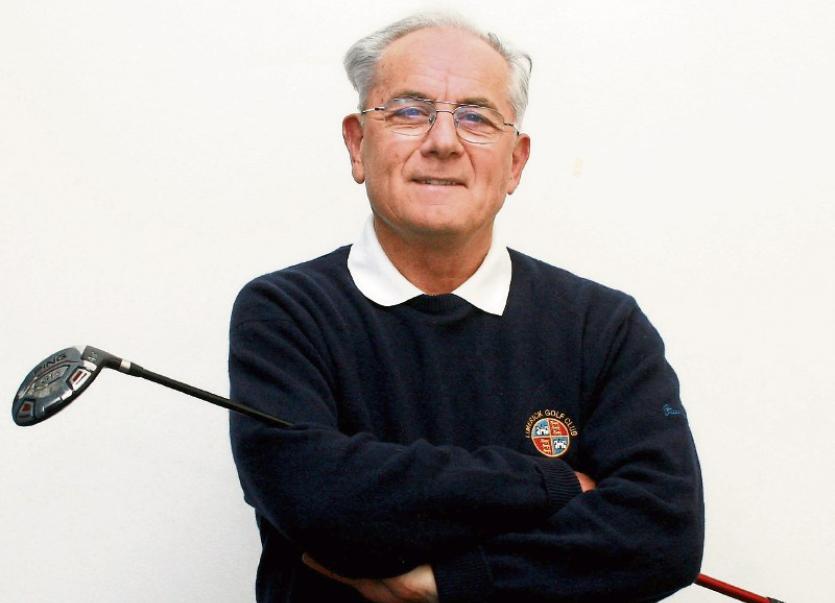 It's part of my job to be a hard-nosed, skeptic and not to blindly believe every 'good news' press release that arrives on my desk as gospel.

The entry list for this year’s South of Ireland Amateur Open Championship (instituted in 1895 and therefore the oldest championship in Ireland sponsored by Pierse Motors & VW Ireland) is an exception. It could hardly be bettered unless quality entrants from overseas were added to the field.

The best of the Irish are all entered with every member of the National High Performance Squad pencilled in. One or two of them could be Walker Cuppers before the end of the year and/or have departed to the professional ranks.

The South could be your last chance to walk along the fairways beside them and maybe even talk to them if they are that way inclined? Some will, some won't.

The two most likely lads for Walker Cup call up are the former South champion in 2015, Stuart Grehan (Tullamore) who recently gained his degree from Maynooth University and Paul McBride, a member of Co Louth and a student at Wake Forest University in the USA. They are also probably the slightest of favourites 'going to post.'

With a handicap cut-off of 0.0, this year could be the most competitive and strongest South entry ever - provided they all turn up! I'm keeping my fingers crossed.

As I say, if they all turn up expect much green blood to flow because only one of them can win!

The holder, Conor Purcell, has been attending University in the USA since he won in impressive style last year. He is a links and match play expert and it will be interesting to see if he can make another 'run?'

Other big names entered are: Barry Anderson (winner of the West of Ireland at Easter and the Munster Stroke Play at Cork GC) and the newly-crowned, Irish Amateur Open Champion, Peter O'Keeffe (Douglas). If you haven't seen Peter hit a golf ball be prepared to witness something quite special.

He will be a man on a mission with designs on gaining a place on Ireland's Home Internationals side in September having been overlooked for the European Team Championships. Can you imagine it - not selecting your national open champion?

Amongst the younger brigade worth keeping an eagle eye on are the two 17-year olds, Reece Black from Templepatrick who sensationally won the East of Ireland Championship in early June and the back-to-back winner of the Irish Boys, Kilkenny's Mark Power who learned to play his golf on his summer holidays at Lahinch and who is still a regular visitor to County Clare along with his Irish champion parents, Eddie Power and Eileen Rose McDaid.

Part of the story is, of course, that the competition for Ireland places is so fierce that it's one's world ranking not what you have won at home in Ireland that counts these days. I do not like that!

I think it's daft and so do Padraig Harrington and Paul McGinley but the attitude of some is that I am writing rubbish (and by inference Padraig and Paul are talking 'rubbish' too!)

The most important thing is not who wins but that The South improves its World Amateur Golf Ranking status, so it might attract some high quality challengers from overseas next year?

That's my hope for The South - a championship I played in 39-times and still love so dearly.

The championship begins on Wednesday, July 26 with two rounds of strokeplay. The best 64 will then qualify for three days of fascinating knockout matchplay.

Last week, visitors from over 50 golf clubs (including the United States, England, Scotland, Australia, New Zealand and Ireland) came to Lahinch to mark the Club’s 125th anniversary. Apart from a damp practice day the weather smiled upon them and allowed Lahinch to show itself off at its magnificent best. The event proved to be a wonderful showcase for both the Club and Irish golf in general.

There may be some whose golf life has been so insulated that he or she does not know what is meant by the verb to yip. To be so overwhelmed by the grotesque fear of missing a short putt is an illness. It can take two forms: the inability to move the putter at all; or the putter, as if in the hands of demons, wildly stabs at the ball