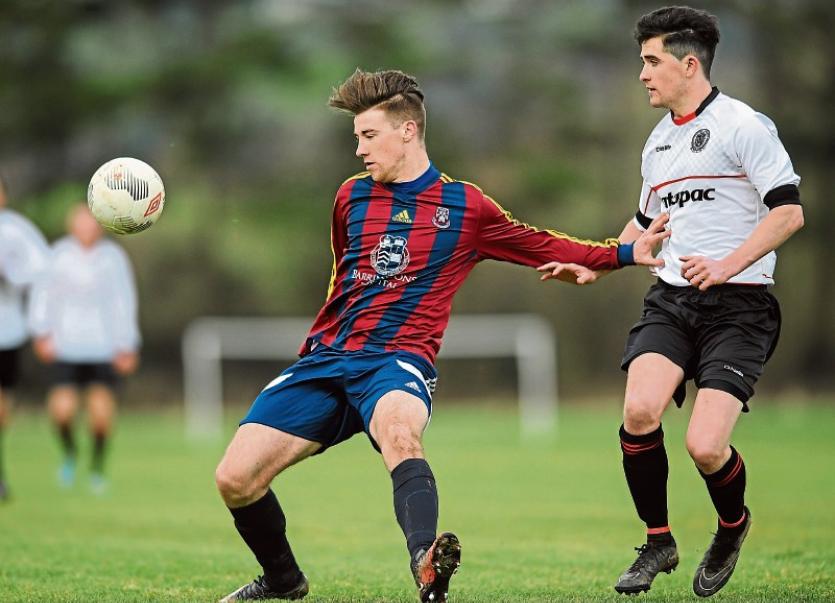 Grabhan Coughlan, left, pictured in action for UL in the Collingwood Cup

TWO Limerick soccer players have been selected to represent Ireland in the upcoming World University Games in Taipei next month.

In-form University of Limerick and Limerick FC striker Garbhan Coughlan has been selected in the 20-strong Ireland men’s squad which will compete at the biannual World University Games.

Coughlan has been in terrific form for Limerick FC in the SSE Airtricity League Premier Division of late scoring in each of the last two games. He also set up Chiedozie Ogbene for Limerick’s winner in Tuesday night’s friendly meeting with Charlton Athletic at the Markets Field.

Meanwhile, Newcastle West’s Claire O’Riordan, a student at Carlow IT, who plays with Wexford Youths WFC has been selected in the Ireland Women’s Squad for the Games.

The World University Games are held biannually and are second only to the Olympic Games in terms of global multi-sports events. Team Ireland have a strong history in participating in football at the Games with the support of the Colleges & Universities Football League (CUFL) and Women's Soccer Colleges Association of Ireland (WSCAI).

Both the Ireland men's and women's teams competing in the World University Games will travel to Taipei,  the small island off the coast of China on August 11, before playing their first games on August 18 - Greg Yelverton's men's squad will take on France, while Colin Bell's women's squad will meet Mexico.

From the 40 players selected in both squads, 32 of them play in either the SSE Airtricity League or Continental Tyres Women's National League which demonstrates the quality that currently exists in domestic football in Ireland.