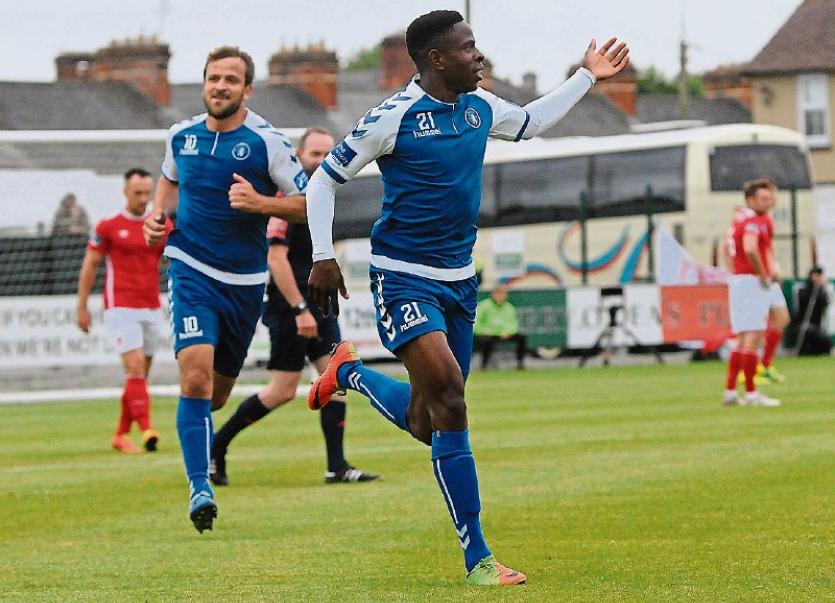 LIMERICK FC’s in-form winger Chiedozie Ogebene has been shortlisted for the SSE Airtricity/SWAI Player of the Month for June.

Ogbene is one of six players shortlisted for the prestigious monthly accolade.

Twenty year-old Ogbene scored three goals for Limerick FC last month, including two in the victory over Bray Wanderers and one in the more recent fixture against St Patrick’s Athletic.

The winner of the SSE Airtricity/SWAI Player of the Month for June will be announced next week.

The five other players nominated for the accolade are the Cork City duo of Sean Maguire and Gearoid Morrissey, Dundalk’s Robbie Benson and Patrick McEleney and Keith Ward of Bohemians.