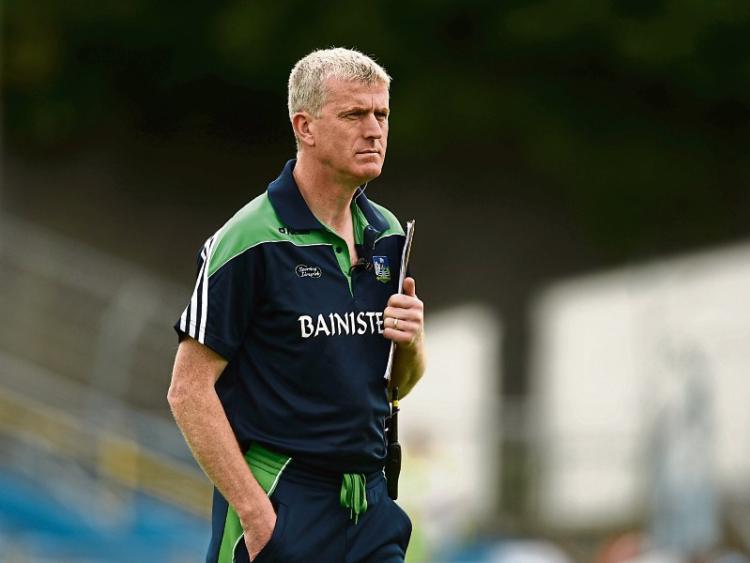 'Pleasant, friendly and capable - worked steadily all year and made every effort to present school work well'.

So read a school report card that popped through the letterbox in the past week – a report card for a six year old junior infant.

‘Pleasant, friendly and capable’ can also pretty much describe the 2017 Limerick senior hurlers.

Limerick need a fear factor rather than being pleasant, need to be a nuisance to opponents more than friendly, and need to be more contenders, than capable.

To be fair, Limerick were pretty much in Transition Year in 2017 with their Leaving Certificate in the years to come.

Yes, Limerick supporters are waiting 44-years but all must accept that teams come in cycles.

John Kiely and his backroom team – Paul Kinnerk, Joe O’Connor, Jimmy Quilty, Brian Geary and Alan Cunningham, were the correct appointment last September and it was correct to give them a three year term.

By Kiely’s only admission, 2017 wasn’t all that would have been hoped for.

“We have to go back and reflect and it’s not going to be very enjoyable reflecting on our season - when it came down to the big games we just didn’t get the results. It’s a results based game,” he said after the Kilkenny loss brought an end to the year – the earliest exit since 2002.

There were seven games of note – the league quarter final win over Cork the only victory for Limerick.

Indeed with Limerick failing to reach the All Ireland SHC quarter finals for a third successive season the championship results 2015-2017 now reads nine games with just three wins – two wins over Westmeath and one over Clare (2015 Munster SHC quarter final).

But Kiely and Co can’t be harassed with the past and there has to be some acceptance that this was the first year of a new cycle.

Clearly, Limerick are young and experience must be earned.

Real battle hardened experience can be gained throughout the spring if Limerick were in the top flight of the league.

“We are building something strong and sustainable and it will be there into the future. It is there, but it’s just so disappointing that the opportunity tonight to make a very significant step wasn’t taken and the opportunity was there to be taken,” said the manager in Nowlan Park.

Yes, Nowlan Park was an opportunity and perfectly highlighted the positives and negatives of the season.

The tally of 13 first half wides will live long in the memory.

So too will the aerial power of Kilkenny, or rather the Limerick inability. There was a giddy excitement in the Gaelic Grounds last month when Kyle Hayes plucked a Tipperary puckout from the sky – a giddy excitement because of it’s rarity. Kilkenny’s Paul Murphy, Cillian Buckley, Joe Lyng and TJ Reid dominated the skies last Saturday.

From the outset of the year Declan Hannon was relocated to the half back line and last Saturday he repaid that faith. So too did the remainder of the Limerick defence, the full back line keeping their opponents scoreless – all six defenders were tight and tigerish. If they had a failing it was overplaying of high ball into the attack.

Midfield and attack failed to impose themselves. Four different midfielders were tried but the loss of William O’Donoghue was felt.

In attack, Limerick used 10 different players in the two championship games – 8 largely inexperienced. All 10 should return for 2018 and be supplemented to mould a unit of potency, that also needs to physically develop.

So Limerick hurling supporters are left to watch on in envy for the remainder of the Summer.

2018 will come around fast, when the report card will need to say ‘made excellent progress’.

The test centre at the Ballysimon Road