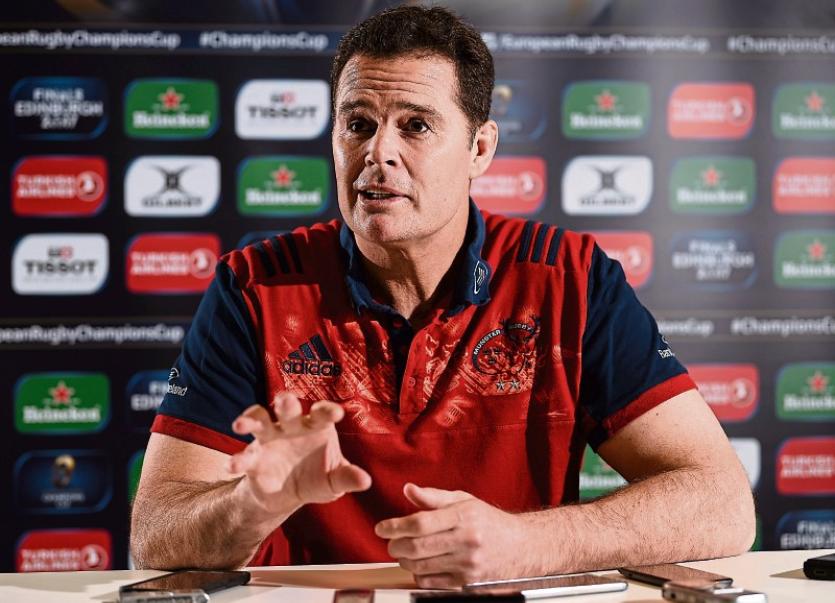 MUNSTER have begun the process of finding replacements for departing Director of Rugby Rassie Erasmus and defence coach Jacques Nienaber.

The South African pair will return to their native South Africa at the end of December after seeing out a six-month notice period at Munster.

Erasmus will become the South African Rugby Union’s director of rugby, with Nienaber acting as a high performance coach.

Current forwards coach Jerry Flannery and backline and attack coach Felix Jones recently agreed two-year contract extensions which will guarantee a degree of continuity through the mid-season transition in the coaching set-up.

The province’s rugby chiefs have now began the task of appointing replacements for Erasmus and Nienaber as the players return to pre-season.

The notion of former player Ronan O’Gara returning to the province to team up with Paul O’Connell as a dream coaching ticket is a popular one among supporters, but just how likely is such an scenario?

O’Gara has looked like a Munster coach in the making for several seasons, cutting his teeth at French Top14 side Racing 92. However, would the Cork man want to leave Paris at this stage of his career to get involved with Munster?

The timing of the vacancy has probably come too soon for the former fly-half.

O’Connell joined the Greencore Munster Rugby Academy in an advisory role last season. However that part-time role is some way removed from coming on board as part of any senior coaching team at the province.

Again this coaching opportunity is likely to come too soon in the fledgling coaching career of the Young Munster clubman.

Former Munster player Jason Holland has also been building up a reputation as a top class coach in New Zealand in recent times. Inside centre Holland is the current Hurricanes attack and backs coach and the Wellington side has impressed this season in Super Rugby scoring 81 tries from just 14 rounds.

And Ireland forwards coach John Plumtree, an assistant coach at the Hurricanes, has also been linked with a move to Munster.

Penney spent two years as Munster head coach before moving to Japan in 2014.

Penney could well feel he has unfinished business at Munster having spent just two seasons here in his previous tenure.

Former Munster and Ireland prop Marcus Horan believes news of Erasmus departure mid-season is a major blow for the province.

“That news coming out is a massive blow,” Marcus Horan told 2FM’s Game On show.

”How do you prepare the players for that psychologically, how do you prepare the coaching staff that he has there? I think of the likes of Jerry Flannery and Felix Jones who have drawn unbelievable confidence from the two South African coaches over the last year in the way they have been learning from them.

”I think that will have a huge effect on them as well, so that is really going to be difficult and that will be a real test of their character."

Former Ireland head coach Eddie O’Sullivan, added on the same radio show: “It is the worst possible scenario. The solution here is almost impossible to find. If Erasmus left now they wouldn’t have had a coach in time to have started pre-season,

”Even if a coach comes in new, he has to impose himself on a system, build his way of doing things and that takes time.

”You saw last season how Connacht unraveled when Pat Lam announced he was leaving.

”You would hope things will stay on track at Munster until they find somebody.”